This week the Supreme Court heard two days of oral argument on the question of marriage.  The cases featured  California’s marriage amendment, known as “Proposition 8”, and the federal Defense of Marriage Act, or “DOMA.”  Given Massachusetts’ historic role in the legal battle over same sex ‘marriage,’ MFI was inundated with calls from the media. 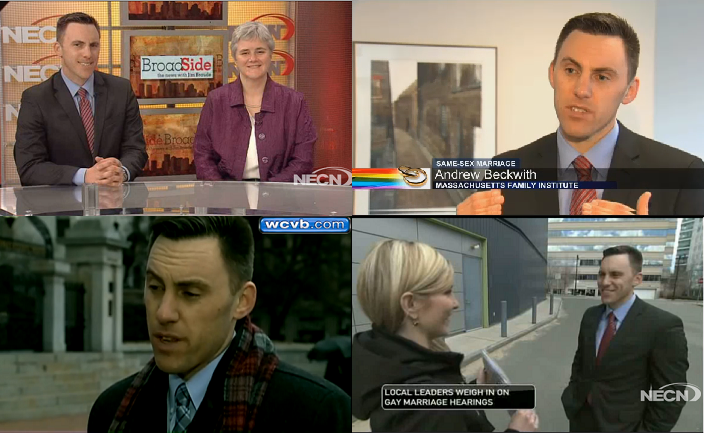 Beckwith respectfully made the case that the public purpose of marriage is to unite men and women to each other and the children they produce.  It has been the fundamental building block of our civilization and should not be redefined.  As Justice Kennedy commented about the consequences of same sex marriage during the first day of argument, “We have five years of information to pose against 2,000 years of history or more.”

For an excellent and very useful analysis of the marriage cases from a pro-family perspective, please take a look at the Alliance Defending Freedom’s site Marriage on Trial.