As we reflect on the 2013-2014 legislative session, we want to thank everyone who got involved in advocating for family values. Over the past two years, thousands of you sent emails and made phone calls to your state legislators in response to our Calls to Action or personally attended an MFI lobby day event. Engaging the culture on Beacon Hill is often intimidating, but when we work together and speak with a united voice for the truth, we can make a difference! 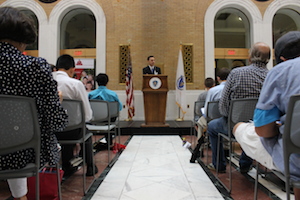 Our legislative priorities this past session focused on holding back a number of bills that would have been detrimental to families. We are happy to report that all but two of the bills we opposed were “sent to study,” which means no action was taken, and they no longer pose a threat for the remainder of the year. One of the bills would have lowered the age of consent for abortion to age 16, and another would have forced all businesses and public accommodations to allow men who “identify” as women into the ladies’ room and vice versa. These defeats were clear victories for families.

However, two bills, one mandating statewide K-12 sex-education and another banning Christian counseling on sexual orientation, are still in the House Ways & Means committee. Although we believe it is unlikely, either of these bills could be brought up for a vote during an informal session before the end of the calendar year. Fortunately, most legislators are focused on their re-election campaigns and won’t want to resurrect controversial legislation between now and then.  Rest assured, however, that MFI will remain vigilant, keep you informed and continue to work with pro-family legislators to keep these bills from coming to a vote.