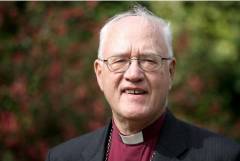 In a strongly-worded statement submitted to the European Court of Human Rights, former Archbishop of Canterbury Lord George Carey has said that Christians in Britain are being “vilified” by the courts and “driven underground” with the same kind of persecution once directed at homosexuals.

In particular Carey pointed the finger at the British judiciary’s use of equality law to marginalize Christianity.

“In a country where Christians can be sacked for manifesting their faith, are vilified by State bodies, are in fear of reprisal or even arrest for expressing their views on sexual ethics, something is very wrong,” Lord Carey wrote.
Read the full article HERE.
Share This: