Summit on the Sexualization of Children

This week, MFI was at our nation’s capital, hearing from experts on issues related to life, liberty, and religious freedom. We were joined by our fellow Family Policy Councils from across the country.

On Wednesday, the Heritage Foundation, a national player on many of our issues, hosted its first ever Summit on the Sexualization of Children. We encourage you to watch the full summit here if you can; panelists from both sides of the aisle provided clear, concise, and powerful expert testimony on the extreme sexual content children are exposed to every day. The summit was divided into three sections – Culture, Education, and Healthcare – so if you aren’t able to watch the summit in its entirety, you can watch the sections that pique your interest or relate to your field. Here are a few examples of some of the great testimony we heard from panelists:

Culture: Radical feminist lesbian Natasha Chart from WOLF (Women’s Liberation Front) used to work for a progressive social justice organization. Natasha grew concerned when several individuals in her circles began advocating for and attempting to justify “youth sex work,” which Natasha discovered was really just a pseudonym for child sex trafficking. While she conceded that she disagrees with our movement on issues like abortion, Natasha and WOLF are strong allies in the fight against sex trafficking, pornography, and Sexual Orientation and Gender Identity (SOGI) laws, and they provide us a unique opportunity to demonstrate bipartisan support on these issues.

Education: Derrick Max is a superintendent of a small, private Christian school. As a panelist, he shared how progressive political indoctrination efforts have reached even his small school. Through the accreditation process, Derrick was interrogated about whether his school “supports” LGBT students or has non-Christians on their board. Derrick confirmed that no one, no school is immune to this pervasive, aggressive effort to inculcate children with anti-Christian ideology.

Healthcare: Walt Heyer considers himself as “de-transitioned.” Born a male, Walt shared that he was put in dresses as a child and subsequently told he looked “cute” and “adorable.” These harmful affirmations, combined with repeated sexual and emotional abuse, led Walt down a path of confusion. He underwent gender-reassignment surgery and lived as a woman for over a decade. After his life was redeemed by Christ, Walt de-transitioned and eventually started speaking out about the psychological damage and irreversible physical mutilation that are consequences of gender transitions. Walt and his wife now help hundreds of people who struggle with this issue, and they provide a unique voice of encouragement and hope to those with gender dysphoria.

These excerpts don’t do the summit justice, so we encourage you to watch the discussions in their entirety here. Heritage promised to continue hosting this annual Summit. The Heritage Foundation works every day to combat the sexualization and exploitation of children at the federal level and will continue partnering with us to protect children in the Commonwealth. Your continued support allows us to attend these important summits, so we can strategize with experts on how to best combat the sexualization of children in Massachusetts. 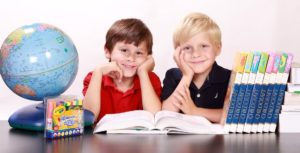 Finally, some good news from the Supreme Court this morning!  After horrible decisions over the past week (the definition of sex in federal non-discrimination law

Yesterday we held a webinar to help pastors and church leaders understand more about the process of reopening the church here in the Commonwealth.  We

Churches in MA are now permitted to begin reopening at up to 40 percent of their building’s capacity.  In guidance released late last night, phase 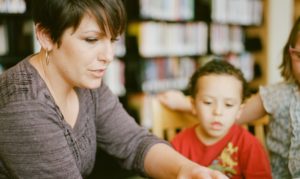 Yesterday, I had the privilege of joining several distinguished speakers at the webinar entitled, “Who Owns Our Children? Home Education in an Authoritarian Age.” This

PrevPreviousMFI Joins Hundreds at Lowell Peace March
Next2019 Banquet was a Major Success!Next