There are now just over 100 hours left in the 2017-2018 Massachusetts legislative session, which expires at midnight on Tuesday, July 31st. There are still two bills sitting in committee which I would ask you to join me in praying will get left behind in the last minute rush.

The first is the Counseling Ban. It was passed in the House last month, but has surprisingly yet to 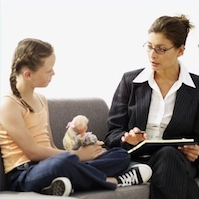 emerge in the Senate. The House took out the unprecedented “child abuse” section in its version, but the Senate may not do the same. This could create a situation where there’s just not enough time to take it back to the House for a vote on the Senate version, or that the two differing bills simply don’t get reconciled between now and Tuesday. Anything can still happen in the next few days, but I am encouraged that the Senate hasn’t taken it up yet. They announced yesterday that their next formal session to vote on bills is not until Monday, so we have all weekend to pray!

Second, the Sex Ed Mandate passed last year in the Senate but has not been taken up in the House. Once again, the versions of the Sex Ed bills differ between the two chambers, which could complicate getting a final version reconciled and put in front of the Governor for signing in the limited time left.

In addition to finally getting a budget passed (we’re the last in the nation to do so this year, despite a tax revenue surplus), Beacon Hill seems busy congratulating itself on Governor Baker signing the NASTY Act today. This appropriately named bill repeals MA historic abortion laws, which pro-abortionists decry as “archaic.” Although state and federal court decisions have long since rendered these laws moot, this largely symbolic effort demonstrates once again our Commonwealth’s leadership’s obsession with pushing a radical, Planned Parenthood directed agenda.

As you and I know, the barbaric act of abortion itself is based on an “archaic” view of fetal development espoused in the Roe decision and is losing a long battle against modern science and ultrasound imagery in the minds of the American public. Hopefully, a pro-life Supreme Court majority will start chipping away at the Roe decision in the coming years, but we will have a lot of work to do here in the Bay State for that national triumph to bear fruit locally.

Finally, after the dust settles from all the last minute legislative chaos at the State House next week, renowned historian Rev. Paul Jehle will be giving a tour of the State House Thursday, August 2nd as part of the Celebrate Liberty event! If you are interested in joining the tour, please RSVP to The New Testament Church of Cedarville at 508-888-1879. The group will be meeting at the Bulfinch Pole in Ashburton Park at 9:45 a.m. for the 10 a.m. to 1 p.m. tour. Also, we encourage you to check out the other Celebrate Liberty events in Plymouth including “A Time of Prayer for Unity” on Friday, the “American Heritage Liberty Tour” on Saturday and many more educational resources right here in our Commonwealth. For more information about the Celebrate Liberty event, click here.