This week, about 40 family-values advocates joined us at the State House for Lobby Day. Guests heard from eight pro-family 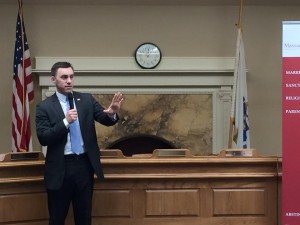 legislators and other leaders of the movement on issues of life, human sexuality and parental rights. MFI staff were also able to educate attendants on how to be involved in the Bay State and approach legislators on crucial issues that will impact our families.

Despite the interruption of a fire alarm and a brief evacuation, the day was a success thanks to our dedicated advocates who returned to conclude the meeting and visit their legislators. With the help of Lobby Day guests, every single Massachusetts legislator received information highlighting a few key bills that could impact our families such as Justina’s Law, the Transgender Bathroom Bill and Doctor-Assisted Suicide.

To download copies of the briefs on the legislation discussed at Lobby Day and other important local issues, click here.

Thank you to all who attended Lobby Day, and we hope that those who could not make it this year will join us next year!

Also, we welcome you to join us Thursday, May 7, 2015 for the Massachusetts National Day of Prayer 2015 sponsored by our 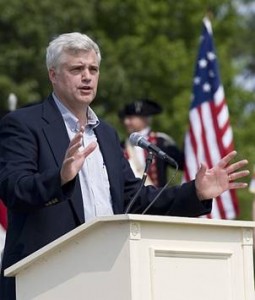 friends at Lion of Judah.

Clergy United in Prayer for the Commonwealth

Dr. Paul Jehle, the premier Christian historian of Massachusetts, will be conducting two, one-hour tours of the State House in conjunction with National Day of Prayer event on Thursday, May 7. The first tour will be at 10 a.m. starting at the Bullfinch Memorial Column behind the State House. The second tour will start in Gardner Auditorium at 1 p.m. right after the NDOP event. You will be greatly blessed to learn of the profound Christian heritage of the State House.