The 2011-2012 Massachusetts Legislative Session
A Preview 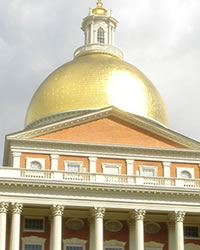 With the swearing in ceremonies over, the 2011-12 State Legislature is in full session and the deadline for filling bills is Friday, January 21. The following is a preview of what to expect on Beacon Hill these next two years concerning traditional family values.

Though the State House remains solidly in the hands of liberals, the results of the November elections have enhanced the number of conservatives, especially in the House. Having these new legislators gives MFI and our allies renewed confidence as we lay out our offensive goals.

Here are the bills that we will work to pass into law this session:

Our opponents and their friends at the State House will continue to push a radical agenda on issues ranging from the “Bathroom Bill” to funding for programs that push the normalization of homosexuality and abortion in public schools. Governor Deval Patrick has been reenergized by his re-election victory, and the leadership in both the House and Senate remain solidly anti-family. MFI and our allies will be playing very serious defense against some extremely dangerous bills.

Here are the bills we will actively oppose this session: