“This is a bill that would allow the state to take away your daughter and make her someone else’s son.”

That’s how I summarized the anti-Christian Counseling Ban bill in a groundbreaking article by Matt McDonald in this week’s New Boston Post.  It is not an exaggeration.  Quoted in the article is the mother who risked losing custody of her daughter because she refused to sign off on puberty blockers and reached out to MFI for practical support.  She had seen me on TV discussing the Counseling Ban and the threat it poses to the health of children as well as the family.  She was grateful that I was able to connect her with a pediatric endocrinologist who provided invaluable assistance in her custody case that ultimately shielded her daughter from these hormone injections.  MFI has been raising the alarm on the Counseling Ban legislation, because we have already seen evidence of the physical damage such untested treatments can cause. We know it will lead to more situations in which parents are taken to court because they are against such radical sexual ideology targeting our kids.

Yesterday, this story received national attention from Rod Dreher at The American Conservative.  His 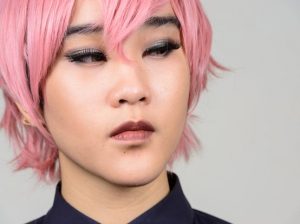 post “Your Daughter, Somebody Else’s Son” cuts right to the chase.  He warns, correctly, that “the bill would create the possibility of the state seizing a child from his parents for the sake of gender transformation.”

In the New Boston Post article, Carl Sciortino, an HIV Positive “married” homosexual who now runs the AIDS Action Committee of Massachusetts, admits that the bill could lead to children being taken from non gender-affirming parents.

“As for taking a child away from parents if they try to change their child’s sexual orientation or gender identity, Sciortino said state officials don’t break up families lightly, and that only in certain cases might it be necessary.

‘That’s why we have judges and courts,’ Sciortino said. ‘In this case, if somebody were being exposed to an abusive practice – in this case, abusive therapy – it makes sure that that child has the protection of the mandated reporter system, to see if an investigation is warranted.’”

But when state bureaucrats decide that NOT injecting your children with artificial, cross-sex hormones is child abuse (as the bill directs), we will be facing the most profound threat to families and parental rights we’ve yet seen.  As more and more people become aware of this noxious legislation, we pray that it will remain in committee and die a well-deserved death.  We will keep you posted.