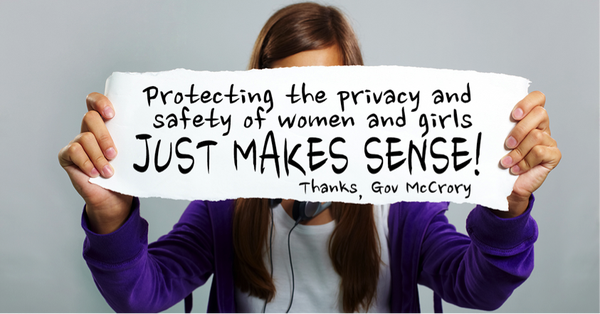 Common sense can get you in a lot of trouble these days!

Gov. Pat McCrory of North Carolina is under a lot of pressure from activists on the left — all because he signed a bill into law that protects women and children from being forced to share bathrooms with men. As I discussed on NECN last week, the widely supported N.C. law stops men from going into women’s restrooms, showers, and locker rooms, and it stopped a dangerous bathroom ordinance in Charlotte, similar to the law Houston voters resoundingly defeated at the polls last year, from going into effect.

In response, the Governors of New York & Connecticut, as well as Boston Mayor Marty Walsh,  have banned state travel to North Carolina, and the NBA is threatening to move the All Star game out of Charlotte.

Apparently, the Governors of New York & Connecticut are okay with men being allowed access to women’s restrooms and showers. Meanwhile, North Carolina Governor McCrory believes in common sense and protecting the privacy and safety of women and young girls in the Tar Heel State.

Right now, it is important to join with our friends in North Carolina, and to honor Governor McCrory for doing the right thing. (Check out Governor McCrory’s strong stand for common sense when it comes to bathrooms: Watch here)

Will you join common sense conservatives across the country as we support and thank Governor McCrory? north carolina bathroom bill 2

Here’s how you can quickly and easily help us thank Governor McCrory: 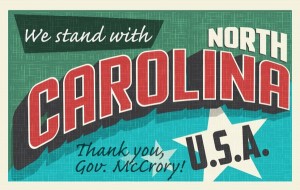