I’m sure many of you have read about or seen the television clips about last night’s disgraceful behavior by radical LGBT activists as Governor Charlie Baker was giving a speech to Boston Spirit Magazine’s LGBT Executive Networking Night. This speaks volumes of the bullies behind this movement. Needless to say, if any of us had behaved like this, they would have called in the riot police!

Please take a moment to call Governor Baker’s office at 617.725.4005 to thank him for being fair and balanced on this issue.

You can also send him an e-mail here. Tell the Governor’s staff that you want privacy and safety for all citizens when it comes to public bathrooms, locker rooms and showers. Ask that the Governor veto any bill that does not assure these fundamental human rights.

And speaking of human rights and the Bathroom Bill, the Massachusetts attorney general and the senate chairman of the Joint Committee on the Judiciary argue that those who are concerned about the safety and privacy of biological women in public restrooms need to get over it the same way society has “gotten over” objections to racially integrating bathrooms and public pools. MFI’s Legal Counsel, Jonathan Alexandre, rebutted these claims that the transgender bathroom bill is equivalent to the Black civil rights movement.

Racially segregated bathrooms violate the constitutional guarantee of equal protection, but separate public bathrooms for men and women do not. Men and women are biologically different in ways that matter.  There are genuine concerns for the safety and privacy of women if biological men are allowed to enter woman’s shelters, bathrooms and locker rooms. Yet, bathroom bill opponents are being labeled as promoters of the same philosophy that segregated blacks.

It is in light of this outrageous comparison between the amorphous category of gender dysphoria and the immutable characteristic of being black that MFI Legal Counsel Jonathan Alexandre responds in the following video. 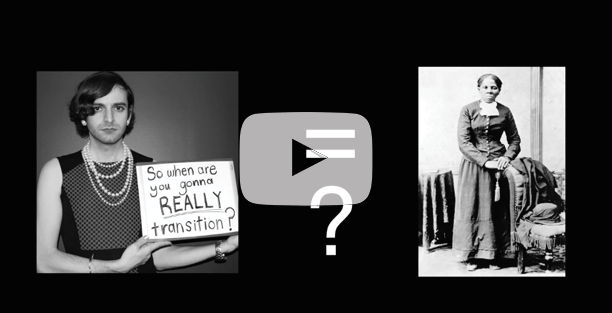 Please call or email your legislator and tell them to protect the privacy and safety of Massachusetts women and children.