If you haven’t heard yet about Maya Dillard Smith, you need to read this article.

Ms. Smith was interim director of the Georgia chapter of the American Civil Liberties Union 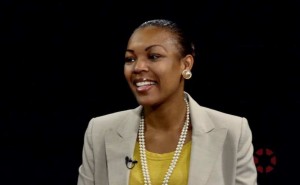 (ACLU), until she recently tendered her resignation over the bathroom bill issue when it began to affect her family.

“I have shared my personal experience of having taken my elementary school age daughters into a women’s restroom when shortly after three transgender young adults, over six feet [tall] with deep voices, entered,” she wrote.

“My children were visibly frightened, concerned about their safety and left asking lots of questions for which I, like many parents, was ill-prepared to answer,” she continued.

Read the full article here. It will be difficult for Trans activists to call Ms. Smith a “right wing bigot” or the equivalent of a Jim Crow segregationist.  She happens to be a liberal Democrat. And until she resigned, she was one of the youngest ACLU directors in the nation and one of only three African-Americans employed by the ACLU in that role.