Imagine a state where Planned Parenthood has a virtual monopoly on the sex education curriculum taught in every public school in Massachusetts. It could actually happen if the new Sex Education Mandate passes! That is why it is so important that you join us for our Annual Pro-Family Lobby Day on Wednesday, March 20th from 10 a.m. to 2 p.m., starting at Park Street Church. We will present the concerns about this bill (and others like the Late Term Abortion bill), give you lunch, and then accompany you up to the State House to speak with your state representative and senator regarding these issues.

What happened recently in Worcester is a great example of why all parents should be opposed to this legislation. MFI was contacted by a concerned Worcester resident and learned that a member of the Worcester School Committee was attempting to adopt the notorious Planned Parenthood sex education curriculum called “Making Proud Choices.” MFI began to contact our advocates in the Worcester area, and I’m happy to report that less than a week later the school committee decided to not adopt the Planned Parenthood curriculum, at least for the time being. The committee had planned to vote on this curriculum at their Thursday, February 7th meeting, but they did not. Nevertheless, nearly one hundred concerned residents showed up at the meeting to publicly voice their concerns. I had the opportunity to speak at the meeting as well, and quoted directly from the Planned Parenthood curriculum in question, exposing just how “age inappropriate” it is. You can view my testimony by clicking on the image below (Adult Content Warning):

If the Sex Ed Mandate is passed into law, local school committees will be forced to adopt curricula like Planned Parenthood’s “Making Proud Choices,” and there’ll be nothing that parents and concerned residents can do. Planned Parenthood should not be the author of any Sex Education in Massachusetts Public Schools, let alone the only choice! In this brief video, a recent Massachusetts public school graduate exposes what is really being taught to students and how outrageous behaviors have been completely normalized, even amongst youth being raised in Christian homes. 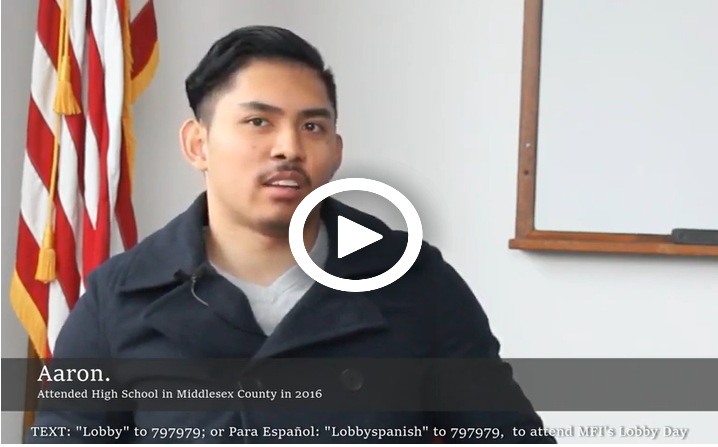 One of MFI’s initiatives for 2019 is to work with the local church to introduce positive alternatives to the Planned Parenthood line of sexual health curricula. Parents want their children to be taught in a way that values abstinence and the institution of marriage. We are currently working with several churches in the city of Lawrence to promote the adoption of this type of curriculum in their communities’ schools. We have a duty to protect the minds of our young people from being polluted by this world. If you would like to be a part of this mission, call me directly at (978) 204-9131. In addition, the most important action you can take in the next month is to come to Lobby Day on Wednesday, March 20th, and tell your legislator directly that you want the Sex Education Mandate defeated in Massachusetts, just like it was last year. Planned Parenthood should not be teaching sex education in Massachusetts!