Earlier this week, Planned Parenthood activists gathered in a Baptist Church in Jamaica Plain to promote “An Act Relative to Healthy Youth,” known as the 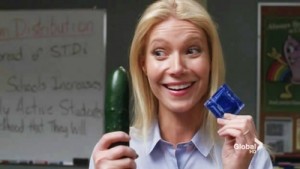 Sex Ed Mandate.  About 60 advocates and observers (and one undercover MFI staffer) met to listen to politicians and storytellers argue in favor of requiring their grotesque version of “comprehensive sex-education” in Massachusetts schools. Among the featured speakers were high school and university students, one parent and three elected officials. The rhetoric was laced with innuendos, references to genitalia and stories about sexual experimentation, all of it drawing applause and laughter from the audience. One speaker, a young university student, spoke with astonishing candor as she identified herself as “orgasm girl,”—describing herself as an expert in sexual climax.

The theme of the night centered on the argument that because millennia of human evolution makes humans want to have sex, abstinence education is not good enough. Therefore, students need comprehensive sex education to avoid sexually transmitted infections and sexual assault.  According to the presenters, this means having children do things like participate in a race to see who can put a condom on a cucumber the fastest while blind-folded or “educating” students about the side-effects of masturbating with various materials.  This was a revealing, albeit disgusting, window into the activists pushing the Sex Ed Mandate and what THEY mean when they use seemingly innocuous terms like “age appropriate.”

Although this bill has already passed in the Senate, we have been doing some educating ourselves, showing lawmakers in the House exactly what this bill would expose students to.  You can learn more here.