In a 31-6 vote yesterday, the MA Senate approved the controversial Sex Ed Mandate bill. The debate and vote were nearly identical to the passage of a similar bill by the Senate in late 2015. That bill died in the House, and we are working to make sure this year’s Sex Ed bill meets the same fate. You can see how your senator voted here.

Debate over a proposed amendment to the bill revealed the condescending, anti- 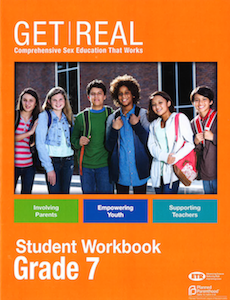 parent mindset of the bill’s sponsors. In an effort to bolster the rights of parents in the bill, Senator Bruce Tarr (R- Gloucester) moved that a parental “opt-in” provision be added. This would simply require, as Senator Vinny deMacedo (R- Plymouth) put it, that schools send home a permission slip for parents to sign if they want their child exposed to this hyper-sexualized material, just as is routinely done for class field trips.

Nevertheless, senator’s pushing the sex ed bill claimed, contrary to experience and common sense, that an opt-in requirement would be too “administratively burdensome” for schools. But Senator Sal DiDomenico (D- Everett), one of the bill’s leading proponents, let slip the true ideology behind the bill. He said that requiring schools to get permission from parents would effectively “gut the bill.” Sen. Tarr quickly pointed out the import of what DiDomenico was admitting; that “the bill would be jeopardized by involving parents in decision-making.” Sadly, that perfectly encapsulates what this bill is all about – telling parents, teachers and local school committees that state bureaucrats know what’s best for their kids.

Dozens of concerned parents joined us at the State House yesterday and their presence did not go unnoticed. One mother talked to a couple of senators who clearly demonstrated they had no idea how the bill really worked. She later returned to the office of one of them with examples I had given her of what the bill would endorse as “age appropriate.” But now is the time to reach out to your state Representatives. The ball is in their court, and they need to hear from you that this is one bill they don’t want to touch. Please share with them my segment on WRKO’s Jeff Kuhner talking about the bill, or this week’s article in the New Boston Post, which connects the dots. Part of our mission at MFI is education, and we need your help educating legislators on what this bill actually does!