My alma mater, Gordon College, has been in the news quite a bit this week. Ten days ago, Gordon’s president Michael Lindsay was one of 14 faith leaders who signed a letter to President Obama. The letter requested an exemption for religious institutions from yet another executive order by this administration. Obama and the homosexual movement have been pushing for years to pass legislation referred to as ENDA, the Employment Non-Discrimination Act, which would make it against federal law to “discriminate on the basis of sexual orientation,” in hiring. Such a law would create serious challenges for religious institutions, as is already beginning to happen here in MA due to similar state laws. (See the story from earlier this year where a Catholic school is facing hefty fines for not hiring a “married” homosexual man) 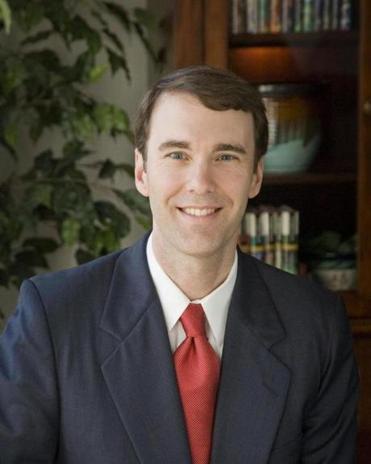 Fortunately, ENDA has consistently failed to pass through Congress, as legislators recognize the radical sexual agenda behind the bill and the threat to religious liberty it presents. President Obama is therefore attempting to bypass Congress and essentially enact ENDA through the power of executive order. He has promised to require that all recipients of federal contracts be subject to “non-discrimination” policies that include sexual orientation. President Lindsay, along with many other Christian leaders, recognizes that this presents a threat to his organization and to religious freedom in general, and so signed on to a letter asking the Obama administration to include an exemption for faith-based institutions.

What Gordon is specifically concerned about is its policy on “Life and Conduct,” which, among items like not smoking or drinking alcohol on campus, requires students and faculty to engage in sexual activity only within the bounds of marriage, as traditionally defined by those of the Christian faith as one man and one woman.

Both as a student at Gordon in the late ’90s and as adjunct faculty this past year, I signed the school’s life and conduct policy. No one coerced me into signing it, but I freely chose to associate with this religious institution, to live and work within this community of faith, because I share its Christian identity. It is that unique institutional and community identity of living out our shared faith that is directly threatened by the pending ENDA policy from President Obama. It would require any organization that competes for a federal contract to publicly and officially bend its knee to the redefinition of marriage. In other words, unless Gordon repeals its Biblical stance on marriage, it will be shut out from any opportunity to compete for federal contracts to do the charitable educational work that is part of Gordon’s mission. That means it would have to censor its Life and Conduct policy, publicly affirm same-sex marriage and commit to hiring faculty and recruiting students whose beliefs and behaviors are directly contrary to its institutional faith.

President Lindsay’s letter simply asks for Gordon to be allowed to maintain the policies that implement and safeguard its unique community of faith. These policies, or similar versions, have been in place for decades and are also held by similar Christian Colleges like Wheaton in Illinois and Bethel in St. Paul, MN. Despite what you have probably been hearing in the news, President Lindsay has not implemented anything new or done something out of the ordinary. Like any good leader, he saw a potential crisis on the horizon in the form of Obama’s ENDA regulations, and is doing his best to head it off.

Unfortunately, the hysterical reactions of a small but highly vocal group of activists, who have been harassing Gordon for years because it maintains behavioral standards consistent with its Christian faith, have led to the mayor of Salem doing exactly what President Lindsay was asking Obama not to do. Mayor Kim Driscoll passed a city-wide ENDA earlier this year with much fanfare and so has jumped at the chance to hit a large and public target for her “intolerance” and “discrimination” witch-hunt. Gordon has, for some time, partnered with the city of Salem to preserve the history of, ironically, the witch trials, through production of the play Cry Innocent. Mayor Driscoll has now canceled the city’s  contract with Gordon, founded as a Bible college, because it requires its students and faculty to actually attempt to follow the Bible’s standards for personal conduct. So now, in Salem, it is safe and celebrated to be a witch and practice occultist rituals but you can be banned from the city for practicing your Christian faith–even if that faith serves to educate Salem and it’s visitors on true tolerance and love. 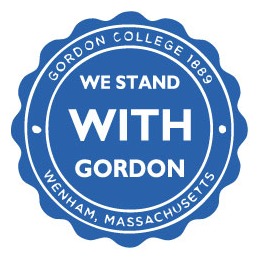 President Lindsay is doing the right thing, and we should support him and Gordon College on this issue. Click here to show your support on Facebook, or send President Lindsay an email of support here.  They are standing for our First Amendment freedom to live out our faith in intentional community with others who share our beliefs– the very freedom for which Salem was founded centuries ago. If we allow all the uninformed attacks against Gordon to go unanswered, and if they are forced to abandon their Christian distinctives or face potentially crippling financial penalties from the federal government, we will have one less institution of faith to be salt and light in a culture that desperately needs it.