This week, we learned that Christian baker Jack Philips is once again being sued by the Colorado Human Rights Commission. This time, it’s for declining to create an expressive blue-and-pink cake celebrating a lawyer’s transition from male to female. The lawyer contacted Jack’s shop to request that cake on the day the U.S. Supreme Court announced it would hear his case in Masterpiece Cakeshop v. Colorado Civil Rights Commission.

Just 24 days after the Supreme Court ruled 7-2 that the state had shown hostility toward Jack’s religious beliefs and treated him worse than other cake artists, 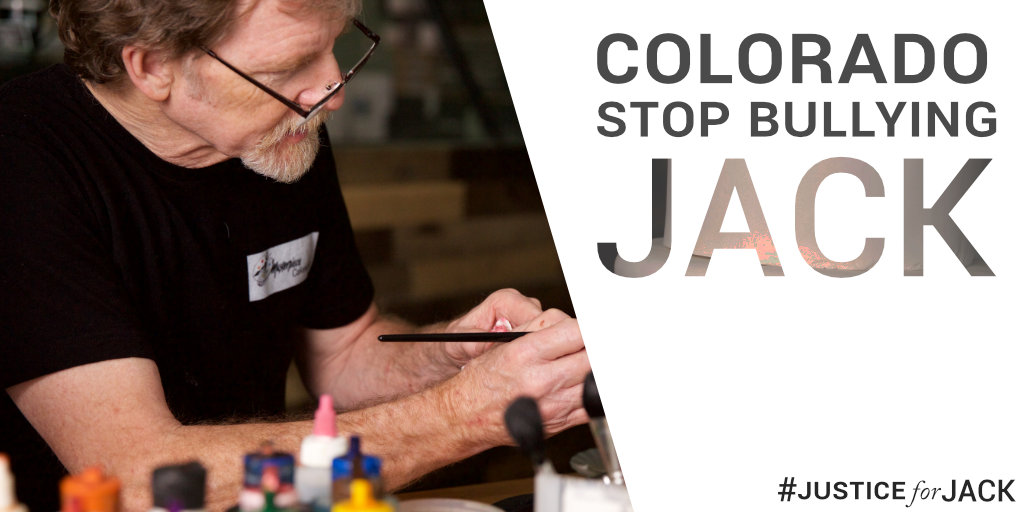 Colorado doubled-down on its hostility toward Jack’s faith by deciding to prosecute him over this new complaint. But it’s not just the transgender cake that Jack declined to create, the same transgender complainant also asked for several other cakes: “[T]he bakery received requests for cakes featuring marijuana use, sexually explicit messages, and Satanic symbols. One solicitation submitted by email asked the cake shop to create a three-tiered white cake depicting Satan licking a [sex toy].”

The current claim that Jack is facing is a direct result of the so-called “transgender non-discrimination” laws in public accommodations that we have the chance to repeal here in MA in November. It’s not “discrimination” to refuse to participate in celebrating what amounts to a clear denial of God’s created order, that He made us male and female in His image. This is a powerful example of how the Bathroom Bill in MA is about far more than just bathrooms, but will permeate the entire public square. I’m so grateful to all of you that made it possible to put the repeal on the ballot for this fall.