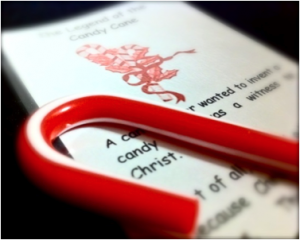 Kelly Shackelford, head of the Free Market Foundation – MFI’s counterpart in Texas – is referring to the case to be argued next Monday as “the biggest case in the country on religious freedom.” Government officials are arguing that elementary school students have NO First Amendment rights, therefore allowing religious discrimination against them.

This case would immediately impact 41 million students nationwide, and because of the gravity of the case, both Kenneth Starr, judge and former special prosecutor, and Paul Clement, former solicitor general under President Bush, have joined the team defending the rights of students.

The case, Morgan et al. v. Plano (Texas) Independent School District, known as the infamous “candy cane” case, is going before all 17 judges of the Fifth Circuit Court of Appeals, a rather rare occurrence. The case started eight years ago when public school officials banned eight-year-old Jonathan Morgan from giving candy canes with Jesus’ name on them to classmates at a holiday party. School officials also confiscated one little girl’s pencils banning her and others from handing them out after school because they had the word God on them. Finally, the same officials banned an entire class sending cards to the troops overseas from writing the words “Merry Christmas” on them.

The consequences of this case are serious: no religious freedom, no right to respectfully express a different opinion than the government, religious discrimination permitted, and no way for parents to protect their children.

Please pray this weekend and especially on Monday about this case. Pray for the lawyers arguing the case. If you can, make an announcement at church on Sunday about the case. Encourage members of your congregation to pray.