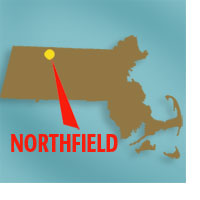 It looks like the owners of Hobby Lobby are dealing with another lobby–the liberal folks of Northfield, Massachusetts. When the craft chain bought an empty campus in the area with the intentions of donating the 217 acres to a Christian school, the town erupted. “We don’t want it to go to a place that is not open-minded, not willing to listen to the views of others,” said resident John Howley, an obvious slap at the Green family’s conservative biblical worldview.

Concerned the property would be gifted to Liberty University, townspeople started circulating a petition calling the school “an extremist, homophobic, and intellectually narrow institution.” Several other colleges are in the running for the land, and the Green family, which has donated millions to Christian education, hasn’t decided who the fortunate recipient will be. Regardless, even Northfield’s leaders acknowledge that it “does not have the ability to control the way in which Hobby Lobby transfers its property.”

One of the most confusing parts of the debate is Northfield’s insistence that the new school honor the property’s first tenant, evangelist D.L. Moody. But like Liberty University, Moody believed the Bible was the authority on all things–including sexuality. I suppose if Massachusetts can redefine marriage, then it can rewrite someone’s biography too.

Meanwhile, the controversy does highlight some of the fallout of redefining marriage, which Massachusetts was the first to do. People wonder about the impact of same-sex “marriage” on education. Well, this is it. States are using these laws as an excuse to elbow out faith–and even charity! They become intolerant, anti-Christian strongholds that wall off cities and schools from honest and open debate. This is no longer a matter of privacy or personal choice. When same-sex couples claim their relationships won’t affect you, they’re wrong. They absolutely affect you–from your ability to speak freely to your ability to learn and worship freely.