There’s been a lot of news this week on the issue of religious liberty around the nation. Despite the intentional mischaracterizations of recent religious 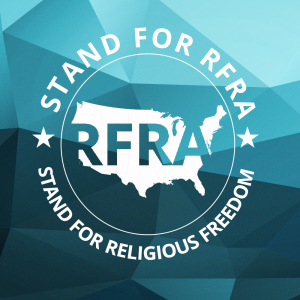 freedom legislation in Indiana and Arkansas, we have seen first hand how important these laws are becoming in the face of increasing aggression and intolerance by homosexual activists.

As we’ve been reporting since last summer, Gordon College (Wenham, MA) has been under sustained attack due to its Biblical stance on issues relating to human sexuality.

Well, this week we have good news to report! In a recent letter to Mayor Judith Kennedy of Lynn, MA, a member of the United States Commission on Civil Rights has come out in strong support of Gordon’s religious liberty rights. As you may recall, Lynn kicked Gordon students out of its student-teacher program last summer, not for anything they did, but simply for their religious beliefs and self-imposed behavioral standards. As the letter states, “the School Committee is violating the First Amendment rights of Gordon College, Gordon College students, and President Michael Lindsay.” Accordingly, the School Committee is being called upon to reverse their clearly unconstitutional decision.

At MFI, we have been clear from the beginning that it was Lynn which unlawfully discriminated against Gordon, and we are glad to see that this is increasingly being recognized, now even by a Congressional Commission. We will continue to keep you posted on this crucial test of our religious freedoms in MA.