You may have heard in the news this week that an Air Force Major General, stationed right here in MA at Hanscom AFB, is being threatened with court martial for talking about his faith in public.  As hard as that may be to believe, Fox News reports that a 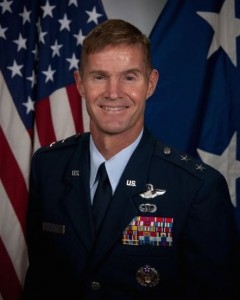 group calling themselves, ironically, the “Military Religious Freedom Foundation” (MRFF) has called for the general to be “aggressively and very visibly brought to justice for his unforgivable crimes and transgressions.”

What exactly is the general accused of doing?  Talking about his personal faith at a national prayer gathering.  Meanwhile, MRFF is on record as saying that Christians in America pose the same kind of threat as ISIS.  So far, it appears that top Air Force brass are ignoring these preposterous demands, but MRFF has shown themselves to be influential in the past.  MFI’s Kris Mineau, an Air Force Academy grad, knows well the turmoil MRFF’s leader Mickey Weinstein has caused at his alma mater.  Fortunately, Kris’s predecessor at MFI, Ron Crews, is also a retired Army Chaplain, and now heads up the much needed national advocacy group Chaplain Alliance for Religious Liberty.  They immediately released a statement calling on the Air Force to “not give in to hysterics” and advising that the general’s speech is clearly protected by the Constitution.

Having served as a military prosecutor myself, I cannot imagine a court martial for talking about one’s faith.  In fact, it was just a month ago that my sons and I stood and watched the reenactment of the battle of Lexington on Patriot’s Day, where the captain of the militia, John Parker, and the local pastor, Rev. Jonas Clark, stood side by side to face the red coats.

As we look forward to Memorial Day weekend, let us not forget the role that faith has played in our nation’s armed services from the very beginning.  Keep our military men and women in your prayers, particularly the Christian chaplains and commanders who are increasingly coming under fire for simply living out their duty to God and country.