Massachusetts Family Institute is opposed to the legalization of marijuana for either medical or recreational use. We believe that it would not be in the best interest of our state, our citizens or our children to legalize a mind-altering drug that ranks as the most popular illegal drug used in the United States.

Advocates of the legalization of marijuana for medical purposes say that it would help people who are suffering from painful maladies and illnesses. But the reality is that there are Food and Drug Administration (FDA) approved medical alternatives to marijuana that offer the same relief from pain and other symptoms.

For example, the National Eye Institute found that drugs already on the market were more effective than marijuana in treating glaucoma without the potentially serious side effects of marijuana.

Not only is smoking marijuana NOT FDA-approved, but the risks are well-documented. The anecdotal reports of “medical” marijuana benefits cannot be regarded as scientific because they were not independently verified and quantified. Additionally, marijuana contains 50% to 70% more carcinogenic hydrocarbons than tobacco and is associated with increased risk of cancer, lung damage, bacterial pneumonia, and poor pregnancy.

Legalization for Recreational Use

There is a push to legalize marijuana not only for those suffering from particular diseases, but for all adults in the Commonwealth. If these people have their way, marijuana will be just as available as beer and cigarettes. Remember, marijuana is an unstable mixture of more than 400 chemicals including many toxic psychoactive chemicals which are largely unstudied and appear in uncontrolled strengths.

Young people in Massachusetts are already using marijuana 30 percent more than teenagers in other states. Medical or recreational legalization will increase the chances of the drug falling into the hands of children. Studies have found that marijuana use is strongly correlated with juvenile crime and contributes to both delinquent and aggressive behavior.

Finally, any government endorsement of marijuana would send the wrong message to children and teenagers. If marijuana is said to be okay for adults to use, then why would a teenager not think it was fine for them?

MFI is advocating against the legalization of marijuana for either medical or recreational use, whether by the Legislature or at the ballot box. There are bills before the Legislature that would legalize marijuana for medical purposes, as well as recreational use. There will also be a legally-binding ballot question before voters this November that would legalize medical marijuana. It is widely understood that legalization of medical marijuana is simply a stepping-stone to full legalization. 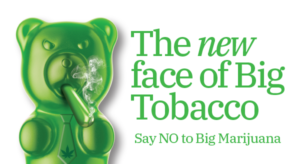 Our lawmakers have been busy this summer working on a new legislative initiative affecting youth, one that many of us would likely support. In response to the rapid rise of tobacco addiction in teens, Beacon Hill is seeking to ban 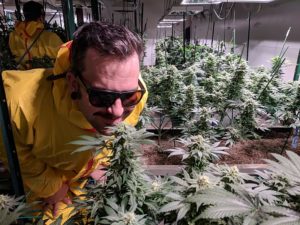 Learn the Truth About Marijuana, Addiction and Mental Illness

Last night, I was at a town meeting in Hamilton, where residents were outraged to learn that a 65,000 square foot “medical” marijuana grow facility is being proposed for a local residential area.  This industrial behemoth would consume more water 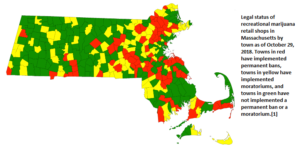 From Pot Shop To School Bus

While most of us were getting ready for Thanksgiving this past November, the first two recreational marijuana dispensaries (AKA “pot shops”) quietly opened in Massachusetts.  Less than a month later, on December 13th, two Mountview Middle School students were taken