After one and a half years of serving as Legal and Legislative Counsel for Massachusetts Family Institute (MFI), Jonathan Alexandre will be leaving to pursue an exciting new opportunity in Washington, DC.

Alexandre, a 27 year-old resident of Brockton, MA, joined MFI in early 2015. A graduate of Liberty University School of Law, Alexandre 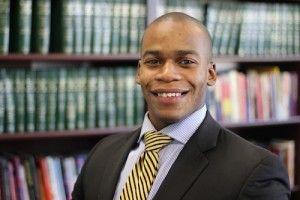 furthered MFI’s mission by coordinating appropriate legislative action to advance the sanctity of life, the dignity of traditional marriage, parental rights and religious liberty in the Commonwealth. He was also instrumental in developing the Massachusetts Attorney Resource Council, a network of pro-family attorneys. Alexandre was often a featured guest speaker at churches and gatherings of religious leaders around the Commonwealth and a highly sought after voice for family values in the local Boston media.

After spending many hours working for faith, family and freedom on Beacon Hill, Alexandre will now be putting his talents to use in our nation’s capitol.

Starting June 20th, he will be the new Director of Public Policy for Liberty Counsel, an international nonprofit litigation education and policy organization dedicated to advancing religious freedom, sanctity of life and the family since 1989. In his new position, Alexandre will consult with and advise lawmakers at the federal level and in 22 states. As Liberty Counsel provides assistance and representation in Massachusetts’ legislative and legal arenas, Alexandre will retain an active role in the Commonwealth’s public policy.

“It was a blessing to have Jonathan with us, and I am grateful for the work he has done with MFI,” commented MFI’s president and CEO Andrew Beckwith. “We will certainly miss him, but we are part of a national movement for family values. He is moving to a new office, but will continue to share the same mission.”