As you know, part of MFI’s mission is to be the voice of family values in Massachusetts.  It can be hard to make that voice heard in the face of an almost uniformly hostile local media that often refuses to cover many of the stories that concern us.  The New Boston Post is different.

They publish articles on life, human sexuality, religious liberty and parental rights that other Boston 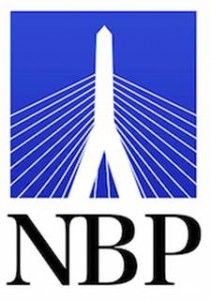 outlets ignore, because the stories often run counter to progressive orthodoxy.  For example, it was NBP who broke the scandal of our state Senate “accidentally” repealing child rape laws during a midnight session, and they were the only ones to tell the story of a Burlington mom who faced losing custody of her daughter because she refused to give her cross-sex hormones.  But they need our help.

They are moving to a subscription based model, and I want to encourage you to sign up.  It’s $20 a year (or about $1.67 per month) for full access to all of NBP’s stories, commentary and archives, and the site looks great with all the web ads gone.  As “The Hub of Conservative Thought,” the New Boston Post makes it easier for me to do my job of getting the word out on issues of critical importance.  In military parlance, we would call it a “force multiplier.”  Seeing how outnumbered we usually are in Massachusetts, we can use all the help we can get!  Please consider subscribing to the New Boston Post, and keep their voice of common sense and conservative thought going.

Also, just a reminder that this coming Tuesday, September 4th is Primary Election Day in Massachusetts.  We’ll be sending out a follow–up email tomorrow afternoon with a link to non-partisan voter guides for every contested primary race in the Commonwealth.  In the meantime, you can find out where and when to vote and who’s on your ballot here.