More women are having babies without being married. 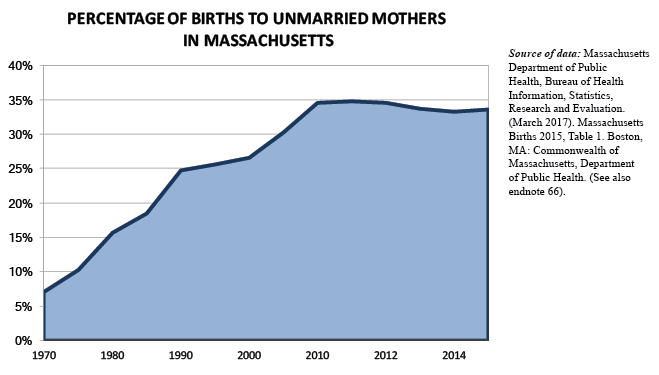 One of the driving forces behind the increase in fatherless families is the ubiquity of out-of-wedlock births. From 1970 until 2010, the number of children born to unwed mothers in Massachusetts exploded by 500 percent.   Even when compared to the rate of unmarried childbirth as recently as 2000, which was just over 26 percent, the urrent rate of 34 percent shows little sign of this trend correcting itself.66 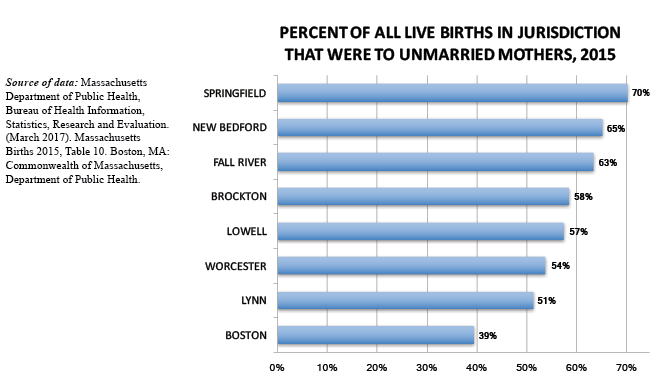 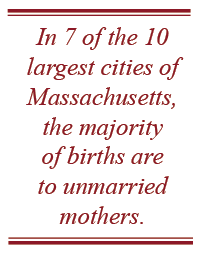