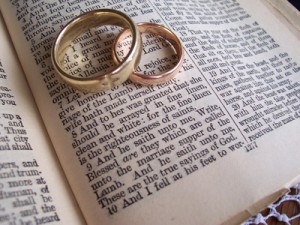 With the Bathroom Bill continuing to be a hot topic here in the Commonwealth, the national political scene has for the most been debating fiscal issues, including taxes, spending and the debt ceiling. As well they should with so many Americans out of work. But that is about to change thanks to liberals in the U.S. Senate.

Despite high unemployment and soaring national debt, Majority Leader Harry Reid and Sen. Dianne Feinstein (D-NY) have decided that it is a good time to propose a bill that would repeal the federal Defense of Marriage Act (DOMA).  In fact, as the deadline to increase the debt ceiling grows ever closer, a hearing is being held today on the legislation before the Senate Judiciary Committee.

And not to miss an opportunity to placate his wealthy supporters in the gay community, President Obama has jumped on the bandwagon calling for repeal. White House spokesman Jay Carney said Tuesday that Mr. Obama was “proud to support the [repeal effort], which would take the DOMA off the books once and for all.”

The bill has been given a political name: The Respect for Marriage Act. How can a bill that would completely upend a five-thousand-year-old institution be respecting marriage? Not only is this proposed bill not respecting marriage, its completely trampling on the majority of Americans who continue to believe that marriage is the union of one man and one woman.

My friend Austin Nimocks of the Alliance Defense Fund (ADF) responded this way: “Congress rightly recognized that the lifelong, faithful union of a man and a woman is the fundamental building block of thriving societies. The union between husband and wife benefits society—especially children—in unique and special ways that cannot be duplicated by any other relationship.”

With Republicans firmly in control in the House of Representatives, it is unlikely that a repeal of DOMA would happen this session of Congress, but we cannot let our guard down. With only 27 senators signed on as co-sponsors, the repeal effort is anything but a sure thing in the U.S. Senate. Though we were disappointed by Sen. Scott Brown’s decision to abandon the military “Don’t Ask, Don’t Tell” policy, we have no reason to believe that he’ll renege on his promise to uphold traditional marriage, specifically DOMA.

Please take less than 5 minutes to send an email to Senator Brown. Ask him to continue to support DOMA. Explain that our society and our children benefit greatly from the preservation of natural marriage, and that the government should continue to uphold that ideal. Thank him for his past support of marriage while on Beacon Hill, and ask him to continue his pro-marriage voting record in Washington.

P.S. I want to thank everyone who has donated recently to help us keep the radio ads on the airwaves. It is critical that legislators continue to hear from voters in opposition to the Bathroom Bill. Please consider joining with those who have already given by making a tax-deductible donation today. Thank you.

P.P.S. Last night, I was a guest on NightSide with Dan Rea, and following the broadcast, I was interviewed by Jon Keller of Boston’s CBS affiliate. Appearing with me was a male-to-female transgender named Ashley Amber Bottoms. You can view the Keller-At-Large report here: http://boston.cbslocal.com/2011/07/19/keller-large-bathroom-bill-battle/. Be sure to listen to anchor Jack Williams comments at the end of the clip.