Every February 14th, couples around the world celebrate the beauty of love and romance, but did you know that Valentine’s Day came to be as a consequence of marriage? Saint Valentine, for whom the holiday was named, is a historic figure who esteemed 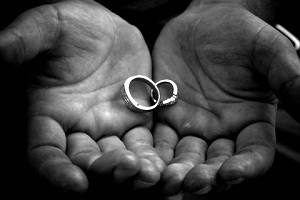 natural marriage between one man and one woman so highly that he died for it. He was martyred for marrying Christian couples and otherwise aiding Christians who were at the time being persecuted by Claudius in Rome. His perception of love differed from that of today’s culture-it involved total commitment and sacrifice.

Next week we celebrate National Marriage Week, a campaign to strengthen natural marriage. In a culture that labels marriage as an antiquated ceremony and attempts to redefine it all together, it is essential that we celebrate the timeless truths about marriage as designed by God.

Married couples are not only benefited socially, but economically as well. An extensive study by the Marriage and Religion Research Institute cites 162 wonderful reasons to marry, among them being:

We encourage you to promote natural marriage next week whenever and wherever you can culminating with Valentine’s Day next Saturday. Also, ask your pastor to preach on marriage on Sunday, February 15.

Just as Saint Valentine understood the challenges that came with standing for his faith and for the sacredness of marriage, we must not retreat from the challenges that come with standing for those same priorities today. As the definition of marriage is being assaulted nation-wide in the Federal Courts, let us be in fervent prayer for the US Supreme Court who will make the final decision on the definition of marriage by June of this year.

Ultimately, our faith is not in courts of man, but in the same God before whom so many of us, including those couples helped by Valentine centuries ago, said “I do.”