Finally, just as we saw this transgender fight descend upon us immediately after the same-sex marriage decision in Massachusetts, (and the same is happening nationally) it is becoming increasingly clear that LGBT activists will not stop at the “T.”

Noah Feldman, professor of constitutional law at Harvard University, had an article in Bloomberg News last week arguing that there is a
constitutional right to polygamy.

“…in light of the U.S. Supreme Court decision last year to require states 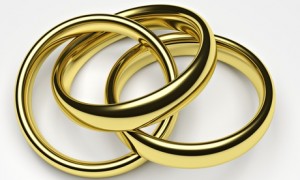 to recognize same-sex marriage, there now exists a fundamental right to marry more than one person — and to make states treat plural marriages on equal terms with marriages between two people.”

That’s right, thanks to the Obergefell same-sex marriage decision, polygamy is about to go mainstream.  The LGBT movement vociferously denied this would happen, and I was specifically denounced as a “fear-monger” for bringing it up, but that’s what’s coming next.  Worst yet, incest and pedophilia are on the horizon with proponent articles appearing in academic publications.  You can read my take on where this all leads over at The American Conservative.  This is still shocking to us, but not surprising, and MFI is preparing for the battles yet to come.

We cannot give up and capitulate to these radical, anti-family sexual perversions. As Mother Teresa so famously said, “God has not called us to be successful, but to be faithful.” We must remain faithful to living and proclaiming traditional family values because inevitably the truth of these values will prove to be the only solution to the societal chaos wrought by this ongoing sexual revolution.