As we celebrate Indepence Day this weekend, we remember those who fight to preserve that independence, our military.  Unfortunately, their freedom is under
renewed attack by the LGBT agenda.

Just today, the Department of Defense has announced it is now officially promoting transgenderism in the armed services. The Daily Signal reports,

“Senior U.S. officials told AP that when the ban is lifted, they will be formally ending one of the last gender- or sexuality-based barriers to
military service.”

In light of this, we should not forget perhaps the most infamous “transgender servicemember” is court-martialed traitor 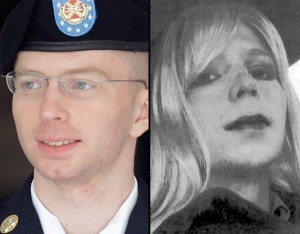 Bradley “Chelsea” Manning, a male soldier who now identifies as female while serving a 35-year sentence in federal custody for giving classified documents to WikiLeaks.