Yesterday, a federal appeals court in Virginia ruled that Title IX, which prohibits discrimination on the basis of sex in education, must 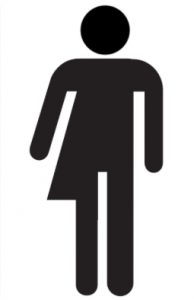 now be interpreted to include gender identity.  This essentially mandates a school policy as radical as the infamous transgender “guidelines” proposed here in MA by our state Board of Education.

Although this case concerns a high school girl in Gloucester, VA (who has been taking testosterone injections and going by the name “Gavin” because she believes she is a boy) this same court has jurisdiction over the entire federal Fourth Circuit, which includes North Carolina.  (MA is in the First Circuit, so we are not impacted by this decision yet.)  As has become a familiar pattern with the LGBT agenda, the clear will of citizens, in this case nearly 70 percent of North Carolinians as enacted by their elected legislators and signed by their governor last month, is invalidated by a panel of appointed judges.

It is unclear exactly how the recently passed HB2 in North Carolina, which specifically limits bathroom usage by biological sex, will be impacted by the requirement to now open up school bathrooms and locker rooms to students of either gender.  You can read more about this first-of-its-kind decision from Ryan Anderson here.