Over the past few months, we’ve been keeping you updated on a piece of legislation that would have added a third sex designation on state-issued identification such as drivers’ licenses. Instead of reflecting objective fact, forms of ID would have become vague, 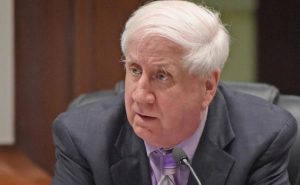 As I told The Christian Post, “Rep. Lyons called their bluff and demonstrated where the logic of this uncoupling of identity from reality ultimately leads.”

Thank you, Rep. Lyons, for your great work in preserving reality in our Commonwealth!