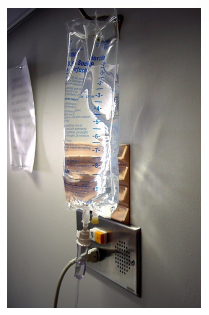 Massachusetts Family Institute strongly opposes the legalization of doctor-prescribed suicide, whether by the Legislature or by citizen petition. MFI was a critical member of the coalition that defeated Question 2, the so-called “Death with Dignity Act,” that went before the voters in November 2012. MFI will oppose any future efforts to legalize assisted suicide.

Reaching the natural end of life, as we all inevitably must, is difficult enough without the pressure and coercion to commit suicide. Deliberately ending human life as one would a suffering animal is utilitarian and degrading, contrary to the special dignity and unique value of every human life.

Doctor-prescribed suicide is unwanted and unnecessary since every patient has the right to palliative care and to refuse artificially-prolonged life.

Pain alleviation treatment for terminally-ill patients has made tremendous progress, and the health care sector should be looking to continue this trend. Compassion towards those suffering from pain should inspire improved patient care, not a public policy that results in premature death.

The reality is that diagnosing a terminal illness, the severity of future pain, the potential for recovery, or expected life expectancy are all inexact sciences. The AMA Journal recently reported that lifespan forecasts have an error rate of 30%. Lives often can be saved, pain can be treated, and a decision to die is not one that should be taken lightly. An incorrect diagnosis can deny a patient years of life.

Doctor-prescribed suicide invites all types of abuse that result in the death of a human life. Since it is always cheaper to give a patient a suicide pill than to provide real care, insurance companies and government-controlled health care will have a financial incentive in recommending death.

What is to stop the right to die from becoming the duty to die? Subtle pressure and coercion of vulnerable patients can easily be applied, but is rarely detected and prosecuted. Talk about burdening loved ones with health care costs might be enough to push someone towards the decision to end their life.

Government bureaucrats and insurance companies are concerned about one thing, and that is their bottom line. There is no treatment cheaper than taking a sick patient off the books entirely.

Safeguards Do Not Work

The experience in Oregon is a clear example that there is an inability to create safeguards or contain assisted suicide to boundaries once it is legalized. The reporting process for assisted suicide in that state is shrouded in secrecy, with no oversight to insure patients are safeguarded from negligence or abuses of the law.

“Doctor shopping” is common in Oregon. Though a family doctor may know that a patient’s desire for death could be alleviated, they often don’t receive that care after being steered to a doctor supported by assisted suicide proponents. Patients suffering from depression and dementia are receiving physician-assisted suicide. And once a patient is given the deadly overdose prescription, they are often abandoned and given no further care or guidance.

Doctor-prescribed suicide is more accurately physician-prescribed death. The Hippocratic Oath wisely includes a pledge by the physician that he or she will not give a lethal drug to anyone, even if asked. That is why the Massachusetts Medical Society and the Massachusetts Osteopathic Society are against physician assisted suicide and call for providing comfort, compassion, and medications as necessary to alleviate pain and suffering at the end of life.

Doctor-prescribed suicide would blur the line between natural death and medical manslaughter. The more clearly and brightly that line is kept, the better off and safer we all will be.

CLICK HERE for a easy print PDF version of this brief.