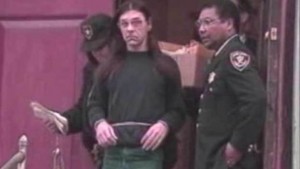 “marriage.”  Although we will have to wait until the end of June to learn the Court’s decision in that case, TODAY we saw the Supreme Court decline to hear the appeal of MA inmate Robert “Michelle” Kosilek.  This is significant, because Kosilek, who is serving a life sentence without parole for the murder of his wife in 1990, was suing to force the taxpayers of our Commonwealth to pay for his “sex reassignment surgery.”  By refusing to hear his case, the Court finalizes the December 2014 decision of the United States District Court of Appeals in Boston, which ruled that denying the “treatment” of a sex change operation was NOT “cruel and unusual punishment.”

As has been widely reported, Kosilek was diagnosed with severe Gender Identity Disorder, and in 2012 District Judge Mark Wolf ordered that the only “adequate treatment” for it is a sex change operation, known as “sex reassignment surgery,” to be paid for by Massachusetts taxpayers.

The Commonwealth’s Department of Corrections (DOC) challenged that decision and the First Circuit Court of Appeals agreed, 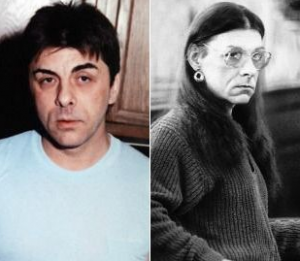 finding that Judge Wolf was in error.  Massachusetts Family Institute (MFI) is on record in this case as the only friend of the court to file a brief in support of the DOC’s position, which was ultimately justified today.

The Court of Appeals agreed with what I argued in MFI’s brief, that sex change operations do not qualify as ‘medically necessary.’  Therefore, the DOC is not required to provide this controversial surgery to Kosilek.  This also means we as taxpayers will not be forced to pay for it either.  Therefore, I am very glad to see the Supreme Court today confirm this decision.

In ruling against Kosilek, the court also noted that, although he had a “strong desire to be transferred” to a women’s prison, “significant concerns would… arise from housing a formerly male inmate – with  a criminal history of extreme violence against a female domestic partner – within a female prison population containing high numbers of domestic violence survivors.”

This case is also relevant to the broader battle in MA right now, as the GLBT community is pressing for cross-gender use of all public bathrooms and locker rooms, as seen in the new “Bathroom Bill” circulating around Beacon Hill.  As we have consistently said on this issue, allowing men to pretend they are women in order to use women’s bathrooms, locker rooms, and other single-sex facilities, poses very real privacy and safety concerns.  While I am relieved to see that the court and DOC have prioritized the safety and privacy of female inmates by not transferring Kosilek to a women’s prison, we will be working hard to ensure that our state legislators offer the rest of us the same consideration.