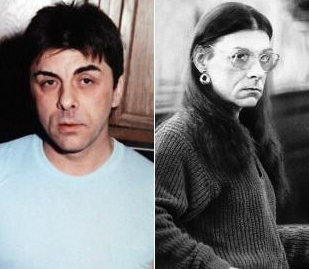 Robert Kosilek, who post incarceration goes by the name “Michelle,” is serving a life sentence without parole for the murder of his wife in 1990.  As has been widely reported, Kosilek was diagnosed with severe Gender Identity Disorder, and in 2012 District Judge Mark Wolf ordered that the only “adequate treatment” for it is a sex change operation, known as “sex reassignment surgery,” to be paid for by Massachusetts taxpayers.

The Commonwealth’s Department of Corrections (DOC) challenged that decision and the First Circuit Court of Appeals agreed, finding that Judge Wolf was in error.  Massachusetts Family Institute (MFI) is on record in this case as the only friend of the court to file a brief in support of the DOC’s position, which was ultimately vindicated today.

“As we argued in our brief,” attorney and MFI President Andrew Beckwith stated “the court found that sex change operations do not qualify as ‘medically necessary.’  Therefore, the DOC is not required to provide this controversial surgery to Kosilek.  This also means we as taxpayers will not be forced to pay for it, either.”

The court also noted in its decision that, although Kosilek had a “strong desire to be transferred” to a women’s prison, “significant concerns would… arise from housing a formerly male inmate – with  a criminal history of extreme violence against a female domestic partner – within a female prison population containing high numbers of domestic violence survivors.”

“We are relieved to see that the court and DOC have prioritized the safety and privacy of female inmates by not transferring Kosilek to a women’s prison,” Beckwith said.  “More significantly, we hope that public officials will follow the court’s lead, recognizing it is not necessary to provide special accommodations for those with gender identity issues.”

The GLBT community is pressing for cross-gender use of all public bathrooms and locker rooms, but this continues to be a controversial safety and privacy issue to the general public.