For the last several years, MFI has fought successfully against legislation such as the “transgender bathroom bill” to keep bathrooms and locker rooms (more formally known as “public accommodations”) safe for you and your families.

Because of this, transgender activists have decided to change their strategy. Rather than aiming exclusively for state-wide legislation, supporters of the transgender bathroom bill are now targeting 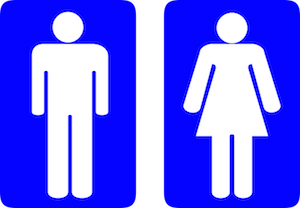 Massachusetts towns and cities. They even publicized their transgender agenda as the “next frontier” for the LGBT movement in Massachusetts in a recent Boston Globe article. Led by the Massachusetts Transgender Political Coalition, transgender groups are planning to “pass things at the city level to provide coverage, as well as gain momentum… with the intention of reintroducing the public accommodations nondiscrimination bill in the next session.”

This means that despite the threats to safety and privacy that will come as a result, they are fighting for all bathrooms and locker rooms to be open to both sexes in order to accommodate their “gender identity” preferences.

These are just two of the examples of how transgender activists are pushing their radical (and costly!) agenda.

It is also worth noting that the attacks suffered by Gordon College this past summer at the hands of homosexual and transgender activists started when one of the school’s programs was kicked out of the city of Salem. Part of what created such a hostile environment towards Gordon College and its traditional values in Salem was the transgender “non-discrimination” ordinance passed by the city a few months before.

If you hear of one of these transgender or “gender identity” laws being promoted in your town, please let MFI know. We can help you defend your family and your community.

MFI is continuing to push back against threats like these in Massachusetts, but we need your help. Please consider a year-end tax deductible donation to the work and mission of MFI, and stand ready to contact your legislators as these issues come to the surface again.