MA Congressman Joe Kennedy announced last night that he is going to lead the charge in our Commonwealth for… the Bathroom Bill.  Transgender activists have apparently enlisted the young and famously-named congressman as the spokesman for their demands to get into all public bathrooms, locker rooms, and otherwise “lawfully sex-segregated facilities.”  They are hoping to strong-arm the legislature into passing HB 1577, a new Bathroom Bill, which would essentially make all ‘public accommodations’ gender (and gender identity) neutral!

Beyond the obvious threat to safety, modesty and privacy, in 2010, a Boston man who ‘identifies’ as a woman, was arrested for refusing to leave the bathroom in a women’s shelter.  However, because the city has an ordinance similar to what HB 1577 would impose on the 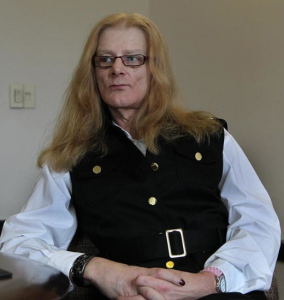 entire state, he was recently awarded $20,000 of taxpayer money for unlawful ‘discrimination.’  If HB 1589 is passed, it would allow for cross-gender bathroom usage and expensive “discrimination” claims like this to spread throughout the entire Commonwealth!

In 2011, the MA legislature intentionally removed public accommodations from the gender identity law it passed specifically because of these concerns over bathrooms and locker rooms.

Please email your state legislators TODAY and urge them to protect the privacy and safety of ALL citizens in MA and tell Joe Kennedy “NO” on the Bathroom Bill.