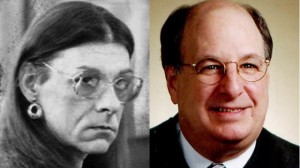 Last week a federal judge ordered the MA Department of Corrections (DOC) to pay for a sex-change operation for a convicted murderer.  The court’s decision stated that it would be ‘cruel and unusual punishment’ to force Robert (“Michelle”) Kosilek to remain ‘a woman trapped in a man’s body.’  A bipartisan group of fifty MA legislators, including Senators Bruce Tarr (R) and Richard Moore (D) issued a  strongly worded letter to the DOC, urging the commissioner to continue his “appropriate stand against such a procedure until every option of appeal has been pursued.”  The letter also warns that “the court’s decision, if left standing, will compel an absurd action by your department.”

The judge’s ruling is mind-boggling, particularly at a time when the high costs of health care are a common topic of conversation.  While ordering the taxpayers to fund a felon’s sex-change operation is clearly unjustifiable, one must note the reasoning used by the court.  In his 123 page decision, Judge Wolfe repeatedly cites the opinion of several doctors that this surgery is “medically necessary”.  This is the proverbial hook upon which he hangs his judicial hat.  If something is “medically necessary”, then it would be cruel and unusual for the state to deny it to a prisoner.  In a Boston Globe editorial approving of the judge’s decision, the term “medically necessary” is used five times in the six paragraph article.  Is it truly a medical necessity?  It depends which doctor you ask.  Medical professionals from Johns Hopkins University denied that a sex change surgery was an appropriate, let alone necessary, treatment for Kosilek’s mental disorder.  And they should know.  Johns Hopkins was a pioneer in the field of ‘sexual reassignment surgery’ (SRS) starting back in the 1970s.  However, after decades of research, doctors there eventually determined that the surgery caused a “great deal of damage,” and performing it was essentially to “collaborate with a mental disorder rather than to treat it.”  These were the findings that the judge chose to dismiss when he sided with pro-sex-change doctors in his decision.

The Globe did likewise in its editorial, and it clearly already had a position on the question, as evidenced by its increasing efforts to normalize “transgenderism”, especially in children.  Just ten days ago, for example, the paper published a warm and heartfelt report on kids going to a transgender camp in Connecticut.  In December of last year, shortly after the passage of the transgender rights legislation, the Globe published a lengthy documentary piece on twin boys, one of whom is ‘transitioning’ to a girl entitled “Led by the child who simply knew.”  In light of this, the Globe’s editorial position on Kosilek is not surprising, but it’s still shocking.  This bizarre surgery is only legally justified if it is unquestionably medically necessary, and that’s a question that in this case is easily answered by common sense.