From the Coalition for Marriage and Family 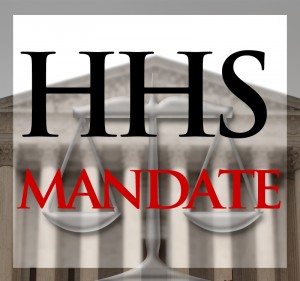 Today the Health and Human Services (HHS) mandate that all businesses and organizations, except churches, must offer abortion, contraception, and other “family planning” service coverage in their health insurance plans takes effect. Originally, the mandate included churches, but after an outcry of First Amendment violations, Obama’s HHS Department provided an extremely limited exception for churches.

Private businesses are now also declaring a violation of their Free Exercise of Religion Rights. Several suits by non-church organizations and businesses have been filed. The Heritage Foundation cites one in particular: Hercules Industries, a business owned and operated by the Newland Family. At the heart is the free exercise of religion.

The Newland family has established as a part of Hecules Industries’ mission statement promises to “nurture and maintain the culture of a family-owned business in which our employees grow financially, intellectually, emotionally and spiritually,” reports Heritage. As a result of the mandate, the Newland’s and Hercules Industries must now provide insurance policies with coverage for abortion, contraceptives, and sterilization services in conflict with their beliefs. They have omitted this coverage from their policy prior to the final regulations that included the HHS Mandate.

The Heritage Foundation reports that just last Friday, 27 July 2012, a Federal Court judge in Colorado granted an injunction against the Obama Administration from enforcing the HHS mandate on Hercules Industries. In practice that means the Hercules Industries won’t have to pay the $10 million dollar annual fine for not offering the policies with these services or the $530,000 fine for electing to offer no policy.

This is a significant initial victory in what will likely be many battles over the next several years over the HHS Mandate. Heritage reports that over 50 for-profit businesses and non-profit organizations have filed such suits.