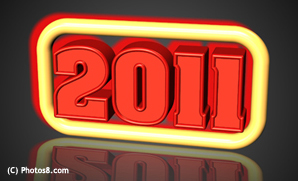 Another Christmas season is behind us, and a brand new year is just a few days away. For so many organizations, this is when we take a look at the past year, the victories and the defeats, the highs and the lows, and then talk about the plans for the new year. You have probably received several of these “Year in Review” type emails this week already.

Instead of rehashing 2010, I want to restate very simply why MFI exists and why your participation is critical in 2011. When the Marriage Amendment was killed in 2007, many pro-family activists wanted to get started right away on a new amendment, and to work to defeat those who switched their votes. Unfortunately, political realities prevented the quick changes needed to reach those two goals.

Though there is by no means a pro-family majority on Beacon Hill, we are in a better position than we have been in for close to decade with a growing number of legislators standing with us on life, marriage and values. But we also have a re-energized liberal governor and anti-family special interest groups ready to reverse the conservative trends that have grown so remarkably in the last two years.

Massachusetts Family Institute is uniquely positioned to continue to be a major player in the conservative movement in the Bay State. Along with our partner organizations, we have strong relationships with returning legislators, and established connections with those who have just been elected. These friends at the State House will be critical, not only for preventing the passage of anti-family legislation, but for pushing some good bills into law.

Beyond our relationships on Beacon Hill, we continue to have the best established network of faith-based communities across the state. We are poised to continue to build this network with churches and pastors from Cape Cod to the Berkshires, empowering the grassroots movement needed to bring about a transformation in public policy and culture.

You are probably reading this and thinking that I have been drinking a little too much left over egg nog, but I stand by everything I have written. I truly believe Massachusetts conservatives are in position of power right now, and that MFI will be a key player going forward. If you haven’t done so already, please read the ambitious two-year “Ignite” plan that we have compiled by CLICKING HERE.

I look forward to working hand-in-hand with you in 2011 to make our goals and dreams into realities. On behalf of the entire MFI family, I wish you and yours a happy, healthy and prosperous New Year.