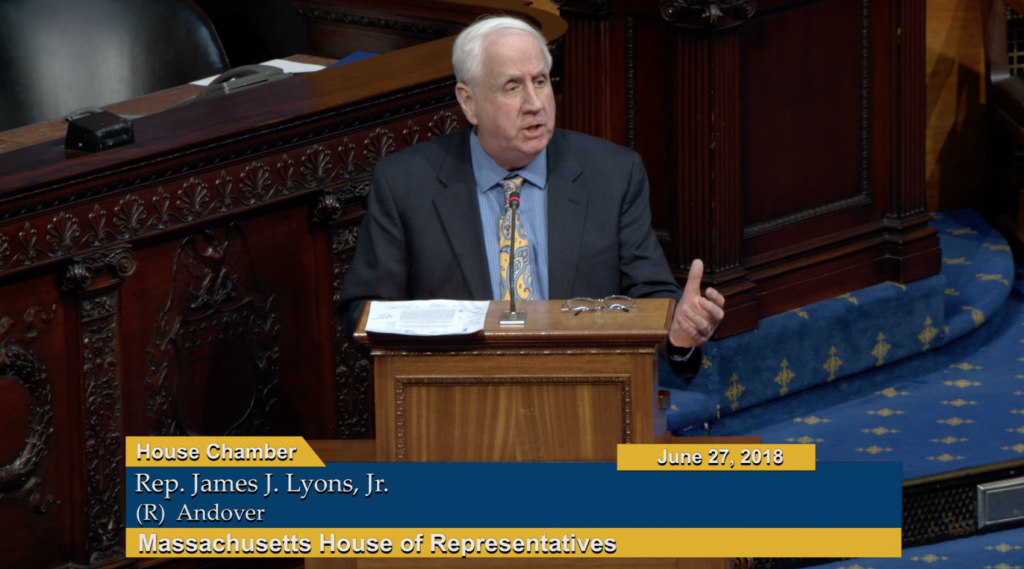 Our neighbors to the north are fortunate to have a Governor like Paul LePage.  Last week, he vetoed Maine’s version of the Counseling Ban. In conjunction with his veto, which was 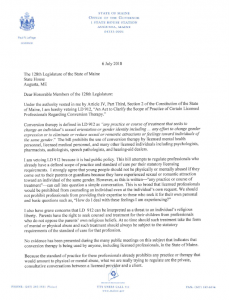 sustained earlier this week by Maine’s House of Representatives, Governor LePage issued a powerful letter, acknowledging that this legislation posed a threat to religious liberty and insisting that “parents have the right to seek counsel and treatment for their children from professionals who do not oppose the parents’ own religious beliefs.”

LePage even went a step further and called out the hypocrisy of the legislature in passing this bill.  He contrasted thelegislature’s rush to pass the Counseling Ban with their reluctance to pass a bill that addressed the growing problem of female genital mutilation (FGM). Speaking of a bill he had submitted to combat FGM, LePage said the following:

“LD 1904 sought to criminalize the cultural practice of the physical mutilation of young girls in Maine and to put penalties in place when the mutilation was directed by a parent or a guardian.  That language was narrow and specific, but could not pass…. Legislators who could not stand up and outlaw the permanent mutilation of young girls’ sexual organs by laypersons in unsanitary conditions with razor blades now are concerned with outlawing conversations…”

LePage makes an excellent point.  Wondering if the situation was the same here, I was not surprised to learn that the MA legislature also failed to advance either of two FGM bills this session (sending both H2333 and S788 to “study” back in February). Ironically, in February of 2017, our governor declared that “the number of women and girls in Massachusetts who have had FGM performed on them, or are at risk of FGM, total[s] 14,591,” in his proclamation of Female Genital Mutilation Awareness Week.  No such evidence exists for the type of physically painful or “aversive” therapy (as opposed to simple talk therapy) that LGBTQ advocates claim necessitates the MA Counseling Ban.

It would be fascinating to hear the House’s justification for why they failed to take action on FGM yet felt the need to pass the Counseling Ban.  Is talk therapy a more pressing health crisis for our youth than genital mutilation?  In fact, to be precise, a ban on gender identity talk therapy actually PROMOTES genital mutilation on a much more substantial level.  Once again, the LGBTQ agenda trumps the health and safety of women.

We may not have a Governor LePage in MA, but State Representatives Jim Lyons and Marc Lombardo highlighted yet more hypocrisy in the Counseling ban’s passage.  They fought for an amendment that would have limited the ban to aversive techniques, directly addressing the (unsubstantiated) claims of “electro-shock therapy” and other practices which, despite the crisis mentality of the bill’s sponsors, NO ONE in MA is using to address sexual orientation or gender identity.

The House quickly rejected this very reasonable amendment, despite the fact that it would have narrowed the scope of the bill to focus specifically on the alleged problem the sponsors claim they want to solve.  This demonstrates, once again, that the true purpose of the Counseling Ban is to delegitimize as well as actually criminalize any opposition to children embracing an LGBTQ identity and corresponding behavior.   However, as has been observed previously, the Counseling Ban’s broad application to even treatment as simple as talk therapy makes it likely to run afoul of the First Amendment.  You can see how your State Representative voted on the Counseling Ban here.

PrevPreviousCautiously Optimistic on Kavanaugh
NextNO on 3Next