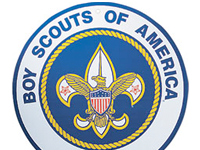 The Boy Scouts of America (BSA) recently reaffirmed its longstanding policy of protecting youth by not allowing homosexuals to serve as volunteer leaders.  According to OneNewsNow, an 11-member special committee, formed discretely by top Scout leaders in 2010, “came to the conclusion that this policy is absolutely the best policy for the Boy Scouts,” the organization’s national spokesman, Deron Smith, told The Associated Press.
The Boy Scouts have been bullied relentlessly by homosexual activist groups since 2000, when the Supreme Court ruled the organization could set its own rules regarding leadership.
This week, homosexual activists say they will deliver a petition to BSA headquarters in Irving, Texas, condemning the Boy Scouts for Youth Protection Training policies specifically designed to protect young boys from men who are sexually attracted to males.
Click HERE to sign the American Family Association’s letter of support to let the Boy Scouts know you stand with them!