The study was funded by two conservative groups, but the facts and the evidence speak from themselves. 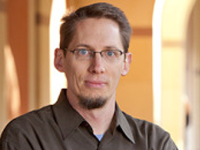 Now Professor Mark Regnerus, who led the study, is under attack from outraged homosexuals calling on the University to fire them. The University is now conducting an investigation into the study.

While the results might be offensive to homosexuals, the truth is that this study was much more comprehensive than any other on the topic, over 15,000 random people aged 18-39. Professor Mark Regnerus pointed out that similar studies are typically non-random and are much smaller. Writing in an article for the Slate, Regnerus points out “[T]he scholarly community has often been treated to small, nonrandom ‘convenience’ studies of mostly white, well-educated lesbian parents, including plenty of data-collection efforts in which participants knew that they were contributing to important studies with potentially substantial political consequences. This is hardly an optimal environment for collecting unbiased data.”

Read the rest of the article here.