Massachusetts Family Institute is opposed to the expansion of legalized gambling and supports efforts to revisit the legalization of resort casinos and slot machines gambling at racetracks, as well as the state’s dependence on the Lottery. MFI recognizes the negative impact of gambling in all forms on individuals, families and communities. Good government does not prey on the weak and vulnerable in order to benefit special interests or to fix roads and bridges.

The explosive growth of on and off-shore casinos, Internet gambling sites and multi-state lotteries is attracting increasing numbers to a potentially addictive activity. Gambling causes damage to family relationships and financial security. Recent studies have shown that for every $1 in revenue, the state is burdened with between $5 and $7 in social costs.

MFI understands that many people can gamble recreationally without serious negative consequences. Studies show, however, that those with a predisposition to addiction place in jeopardy not only the amount of their wager, but also the well-being of their family, their relationships, health and wellness and their very futures.

To put these numbers in perspective, it takes about $26 billion to run the entire Commonwealth of Massachusetts. That means that Lottery revenues are equal to 16 percent of the annual state budget and now no fewer than five full-scale casinos are being proposed in the Commonwealth.

The prospect of at least three, and more likely five, resort-style casinos in Massachusetts has prominent politicians clamoring for a piece of the pie. Meanwhile, casino developers are promoting the revenue windfall they claim would result. And finally, Indian tribal leaders are making plans for casinos without accountability to either their tribes or surrounding communities, claiming that their casino would be a solution to all tribe’s financial troubles. None of this is true.

Now, consider just some of the “costs” of legalized casino gambling:

These are just some of the costs of expanding gambling in Massachusetts, and there are other serious problems. Casinos owned and operated by Indian tribes are considered to be sovereign nations – tribes and the land that they put into trust are exempt from environmental laws and labor laws, as well as the planning requirements of the towns or counties. Only the host town reaps any of the financial benefits of the casino, leaving surrounding communities with all of the negatives and none of the already scarce positives.

Though gambling can be a problem at any age, teenage gambling has risen to alarming levels in recent years. The glamorization and mainstreaming of poker on television and in pop culture, coupled with the dramatic increase in the availability of online gambling, has led to disturbing trends among teenagers. Likewise, at least 78 percent of Massachusetts teens have placed a bet by their 18th birthday. A recent Harvard University study found that between 10 and 17 percent of teenagers have gambling problems-nearly three times the rate of adults. 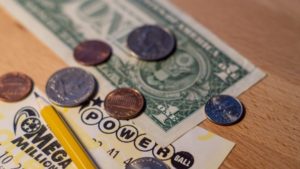 Suspend the Lottery? Some Say It Would Help People During Coronavirus Crisis 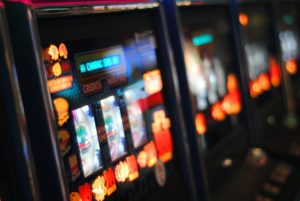 Casinos Preying on the Left Behind 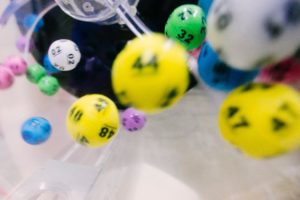 How the Lottery Exploits the Poor