Next month, just in time for Father’s Day, we’ll be releasing our 2017 report on Fatherlessness in Massachusetts.  As a result, I am immersed in statistics at the moment.  That’s why a recent post on our fall Banquet Speaker’s blog caught my attention.  (Reserve your Early Bird tickets today!) HughHewitt.com discussed a new report from the American Enterprise Institute that states:

“America is now home to an army of prime-working-age men, some seven million of them ages 25 to 54, who no longer even look for work. Consider a single fact: in 2015, the work-rate of males aged 25 to 54 was slightly lower than it had been in 1940, when the official unemployment rate was 14.6 percent and the United States was just coming out of a decade of depression in which the search for work was usually futile.”

While MFI’s Fatherlessness Report demonstrates clearly the connection for children between not having a father in the home, income inequality and eventual lower levels of employment, this article suggests a link between unemployment and father absence.

“Economically, the progressive detachment of ever-larger numbers of adult men from the reality and routines of regular paid labor can only result in slower growth, lower living standards, greater income inequality, higher social-welfare bills and larger budget deficits. Socially, the detachment compromises mobility, trust and cohesion — and much more since the incapacity of grown men to function as breadwinners cannot help but undermine families.” 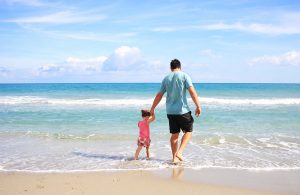 As an employed (a big THANK YOU to all of MFI’s wonderful donors!) father of four, including two boys, I wholeheartedly concur with the article’s conclusion about male unemployment in our country.

“It is another, and very large, symptom of the values crisis that confronts the nation.  The transmission of values from one generation to the next happens in a variety of ways.  And while we live in a society that wants to deny the differences between the genders, this is one area where the differences are as obvious as the plumbing differences.  Female values are often transmitted in communal settings, but males need other males, in direct and frequent contact, to transmit values.  Boys need fathers.  … There is much the government can do to incentivize intact family structures, but until such is valued on deeper levels than the purely economic, those incentives will prove inadequate. Once again, the church has to rise to the task – and not just the task of evangelism, but the task of formation.“

MFI will be unveiling the updated Fatherlessness Report on June 16th at a Men’s Breakfast at Faith Community Church of Hopkinton and will be presenting it again the following day at a Father’s Day Breakfast at Mount Hope Church in Burlington. As people of faith, we know God’s design for the family works, and that children suffer when we deviate from it. MFI’s Fatherlessness Report is just one of the ways we seek to equip the church to have confidence in our shared Biblical values; to recognize that they are a blessing not just for ourselves but for our neighbors and the cities in which we live.