There is a new media outlet in Boston, which shares the values of Massachusetts Family Institute. It is called the NewBostonPost. It is a 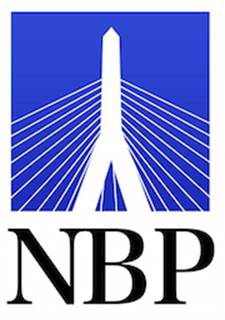 conservative-leaning, internet news website which covers local, national and international news. Its founders – one of whom is a long-standing MFI Board Member – have designed this internet news website to be an instrument to help affirm the values of many Massachusetts and New England citizens whose principals and beliefs have been under relentless attack from the secular and liberal Boston media for several decades. They believe that this highly professional, well-executed internet news and blogging site will help to restore a culture which reflects the goals of America’s founding, summarized by Dennis Prager, as the American trinity of liberty, trust in God, and social unity, as expressed by “e pluribus unum” (out of many, one).

With the mission of reporting the news on a well-crafted professional and interactive internet site, the NewBostonPost aims to reinforce values and beliefs of those 1.5 million or more Massachusetts citizens who reject the worldview of current Boston media outlets and who have little voice in the public square. The NewBostonPost seeks to affirm the world view of all Americans who look to family, community, faith and freedom as the institutions and ideals which made America great and which are necessary to sustain her.  The founders also see it as a vehicle which can help persuade those who have never seen or heard conservative values delineated in a winsome and persuasive manner.

We heartily endorse the NewBostonPost and suggest that you bookmark it on your web browser. We believe that the mission of Massachusetts Family Institute will be enhanced by a media outlet which shares MFI’s values and principles. Start each day with the news on NewBostonPost, and share it with your friends on Facebook.