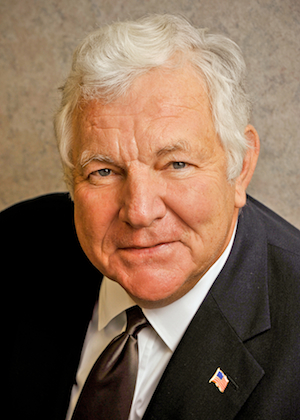 As you may already know, Dr. Bill Bennett will be joining Massachusetts Family Institute at our annual banquet this October as our keynote speaker. We could not be more excited to welcome such a prominent leader of the conservative movement in America.

Bill Bennett served as President Reagan’s Secretary of Education and Chairman of the National Endowment for the Humanities, as well as the first President Bush’s “Drug Czar.” He is known, even by his adversaries, as a man of strong, reasoned convictions who speaks candidly, eloquently, and honestly about some of the most important issues of our time.

In addition to his national radio program, Dr. Bennett is an accomplished author of more than twenty books . His latest book, The Book of Man: Readings on the Path to Manhood, is a New York Times bestseller. His three volume set of the history of the United States entitled America: The Last Best Hope, has been widely praised. The volumes have been adopted for school use in the State of Indiana and the City of New York, and are currently being adopted by other school systems around the country.

This year’s banquet will take place on Friday, October 12, at the Newton Marriott Hotel. Bill Bennett continues to have extraordinary influence on America’s political and social landscape and we are very grateful that he has agreed to be with us to celebrate our 21st year of defending family values in the Bay State.

What have past attendees said about our banquets?

“It was a truly inspiring evening. MFI always brings in the most insightful speakers.”

“Being a conservative in Massachusetts can be a lonely thing. The MFI banquet is an annual antidote for that!”

“It is always a pleasure to be around so many people who believe in the same Christian values that I do. I wouldn’t miss it for the world.”

Those purchasing their tickets before July 4, 2012 will receive a complimentary copy of Preparing the Next Generation of Men I-II, a CD featuring Dr. Bill Bennett. In these recording, Bennett discusses the decline of authentic masculinity in our culture and offers insights on how parents can raise their boys to become true men.