On the evening of October 12, Massachusetts Family Institute welcomed renowned author and former Reagan cabinet member Dr. William Bennett as the keynote speaker for our 21st Annual Banquet.   From the beginning of his remarks, Dr. Bennett acknowledged the difficult but critical work that MFI, its staff and its supporters do in the “rocky soil” of Massachusetts. “It would have been easier to establish Massachusetts Family Institute in Texas, for example,” quipped Dr. Bennett. “But anybody could do that. You did it in Massachusetts, and good for you.”   Reiterating one of his most notable assertions, Dr. Bennett reminded the audience of more than 500 supporters that the family is the “first, best and original department of health, education and welfare.” He went on to reflect on his time as Secretary of Education under President Reagan and as the nation’s top drug official under the first President Bush.   With the presidential election less than a month away at the time of the banquet, Dr. Bennett took the opportunity to point out that while “[p]olitics is important, culture is more important.” He described culture as what happens in “our families, churches and schools,” as well as the “exposure our kids get to things on television, the radio, the newspapers, and the internet,” and how what happens everyday will determine “the future shape of society.”   In a particularly profound segment of his speech, Dr. Bennett spoke to the reason why most parents decide to remove their child from one school to another. He said that it was not for academic reasons, but rather for “cultural” and “moral” ones. “When the school becomes a place that is not a temple of learning and a place where character is developed,” Dr. Bennett stated, “the parent absolutely has the right…to put that child somewhere else.”   Dr. Bennett delved right to the heart of the problem with today’s schools, saying that from the onset school administrators do not operate “on the assumption and recognition that children are moral, spiritual and intellectual beings.” Instead they see them as “animals in heat” and “robots.”   In concluding his remarks, Dr. Bennett congratulated MFI for being in Massachusetts and for doing critical work here because “it is on the back of these institutions–the families, the churches, the schools–that the future well-being of this country depends.”   In addition to the keynote address, MFI presented Citizenship Awards to two individuals who went above and beyond in defense of our shared values. Ann Hunnewell was honored for attempting to get retailer Urban Outfitters to remove sexually explicit books from their stores and displays geared towards young teenage girls. Her efforts were covered in the Boston Herald and Boston Globe, and as you can imagine, gained her both friends and foes.   Mary Roque, an attorney specializing in elder law and estate planning, was moved to action when she learned about a ballot question that would allow physicians to prescribe a lethal drug dose to assist their patients in committing suicide. She recognized the dangerous threat to the elderly and disabled that this ballot question posed. Not only did she speak at various senior centers across the state on her own time and dime, but she also helped MFI produce and distribute a video to cable stations across the Commonwealth warning of the dangers of this potential law. MFI honored Mary for her efforts in opposing the culture of death and for her devotion to the truth that every life is precious.   This year’s MFI Banquet was an historic event. During the planning stages, we knew that it would be difficult to surpass the record number of attendees at our 20th Anniversary Gala last year. But thanks to the efforts of our board of directors and the support of citizens like you, we had a capacity crowd of more than five hundred. Our work continues, and we look forward to continuing to partner with you in 2013 and beyond.

To register for this event please visit the following URL: → 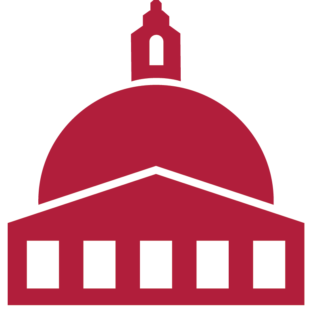