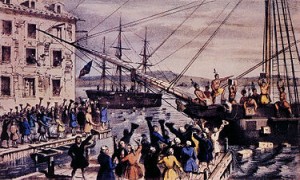 On Wednesday, we commemorate the birth of the greatest country on earth. With fireworks, parades and backyard cookouts, Americans will celebrate the stars and stripes and the values and freedoms that we have come to be known for around the world.

With the opening of the new museum dedicated to the Boston Tea Party, one cannot help but think about that event when talking about the Supreme Court’s decision to uphold President Obama’s takeover of health care. Back then, the King was taxing people (without representation) for buying tea; today, the government wants to tax you for not buying health insurance!

There is no doubt in my mind that America is still the greatest nation on earth and a country to be proud to have as our own. As President Ronald Reagan said, “Freedom is never more than one generation away from extinction.” And we live in times where there are forces both within and without the confines of our borders who, on one end of the spectrum, seek to infringe on our freedoms and on the other our total annihilation.

The United States of America will celebrate the 236th anniversary of the signing of the Declaration of Independence on Wednesday. Our union has survived two world wars, a domestic civil war, numerous other wars and conflicts, including the War of 1812 whose bicentennial we commemorate this year. These are the growing pains of a free people dedicated to meeting the challenge of preserving our most exceptional nation.

The battle for our future rages on, and MFI will be there fighting with you, remembering first and foremost that this is a spiritual battle for the heart and soul of our nation. Yesterday, millions of believers around the nation fell on their knees in humility, seeking His face in repentance so that He might forgive our sins and heal our land. We must continue to ask God to bless America, especially in these difficult economic and moral times.

Have a safe and most enjoyable Independence Day week, and as always, we salute the men and women who throughout history have fought to gain our independence, defend freedom and preserve the union.

For our families and our future,