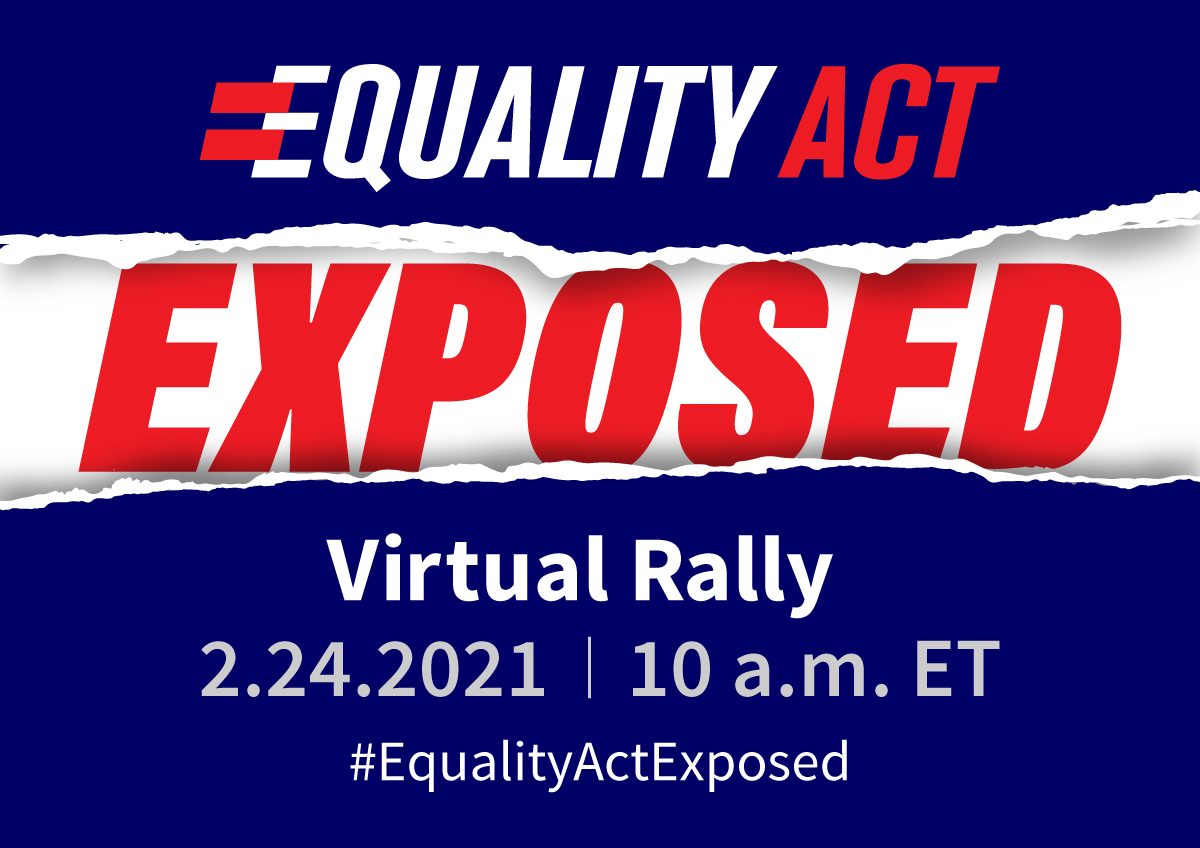 What is the “Equality Act”?

This week, the U.S. House will vote on a bill known as the “Equality Act” — the most dangerous piece of legislation to come out of Congress.

This bill would create new protected classes based on a person’s self-identified sexual orientation and gender identity. If it became law, the Equality Act would pose serious threats, especially to women and children across the nation:

Introducing explicit content in school curriculum across the nation

Closing the doors of faith-based foster and adoption agencies

Denying parental rights in the name of a sexualized political ideology

Silencing all of us who disagree

The Equality Act would bring these harms nationwide, with the force (and taxpayer money) of the federal government behind them. That’s a huge threat.

We must make it absolutely clear to members of Congress that not only is this not “equality,” but it’s downright dangerous and we will not stand for it. Our nation was founded upon equality, the truth that all of us are created equally. The Equality Act is a cheap counterfeit of those words, and Congress must not get away with it! We need your help to EXPOSE the Equality Act.

MFI President Andrew Beckwith will be a speaker at this incredibly important event. Don’t miss it. Rsvp to attend today!

To learn more about the Equality Act and for talking points to use when contacting your Congressman click here for a helpful document.

To register for this event please visit the following URL: https://familypolicyalliance.com/equality-act-exposed/ →