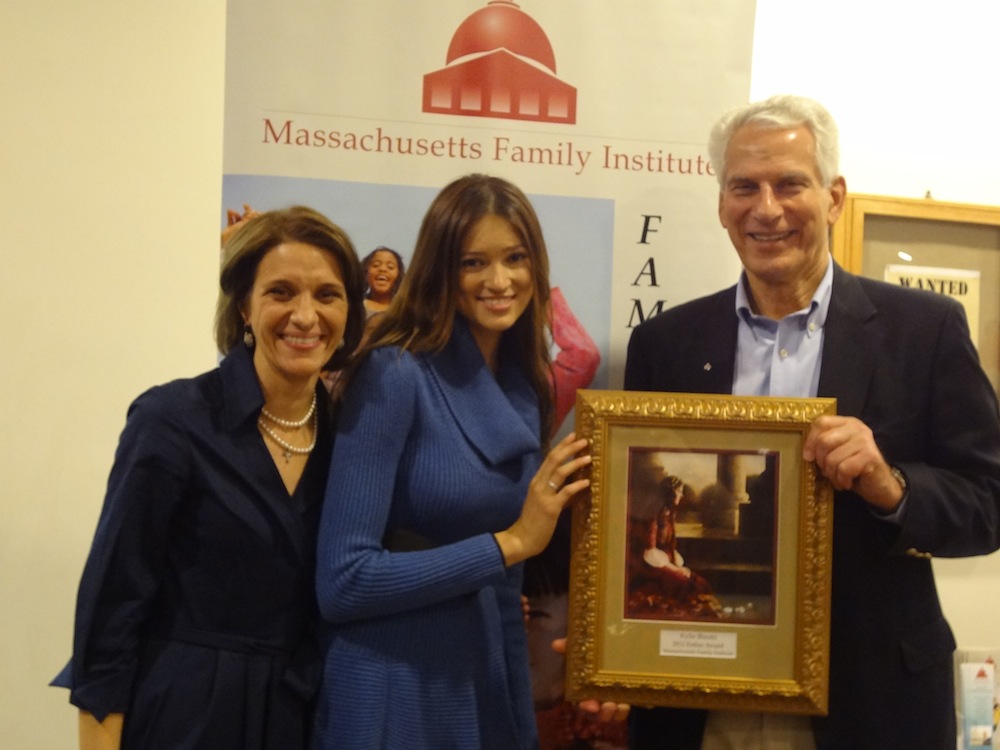 Former Victoria’s Secret model Kylie Bisutti spoke last night at Trinity Evangelical Church in North Reading addressing more than 400 women of all ages, including mothers and teenage girls. Bisutti’s remarks centered around her rise to fame and fortune, and the destructive path that the modeling lifestyle led her down before she realized that God had a better plan.

Speaking to a nearly exclusively female audience, Bisutti candidly shared about the need for modesty, and about the importance of finding inner beauty. She noted that her decision to walk away from what had been her dream career came from her personal discovery of her faith, God’s plan for her, and the realization that her husband deserved better from her. After speaking to the group, Bisutti spent nearly an hour personally meeting with those young women that wanted to talk to her afterwards.

Massachusetts Family Institute partnered with Trinity to bring the Montana-native to the Bay State in her first New England appearance. Spearheading the planning of the event was MFI Board Member Kim Incampo, who, along with my wife Lura, presented Bisutti with our first ever Esther Award. You will have to come to the MFI Banquet in October to hear more via video from Kylie and find out why we decided to recognize her with this special award.

The North Reading Patch covered the event, and has several photos on their website. CLICK HERE to view their story.