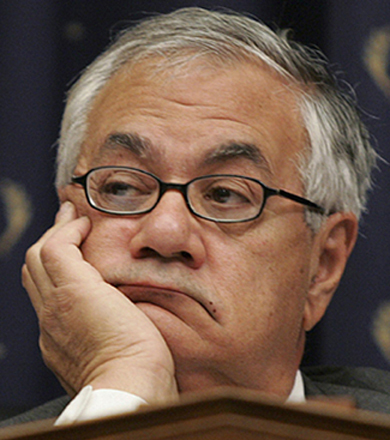 Longtime congressman Barney Frank announced on Monday that he would retire after his current term expires in January 2013, leaving an important Massachusetts district open for next year’s election. Several individuals from both the Republican and Democratic parties have expressed interest in the seat.

Frank’s district was redrawn this year after Massachusetts lost a congressional seat following the 2010 census, and he would have to had run in towns and cities where his name had never been on the ballot before. He is also the “co-author of the cumbersome Dodd-Frank bill and the prime mover behind the destruction of Fannie Mae and Freddie Mac,” writes the Washington Times. Frank marks the 17th House Democrat to announce he will not seek re-election, compared with only 6 Republicans, giving credence to the opinion that he does not want to continue to be in the minority party.

Since his election in 1980, Barney Frank has always been one of the most liberal members of the House of Representatives, championing abortion, as well gay rights. He was the first person elected to Congress to voluntarily admit to living a homosexual lifestyle in 1987, and was formally reprimanded in 1990 for allegations of political impropriety relating to his association with a male prostitute.

In Congress, he was a lead opponent to the Defense of Marriage Act (DOMA), and was a vocal advocate for repealing the “Don’t Ask, Don’t Tell” policy that prohibited homosexuals from serving openly in the military. He also helped to defeat the Marriage Amendment here in Massachusetts in 2007, and has been an outspoken supporter of legalizing Internet gambling.

Personally, I am very excited that Barney Frank will no longer be casting votes in the US House of Representatives. MFI will watch this race closely, and when the time comes, make non-partisan voter guides available for the Republican and Democratic primary elections, as well as the November 2012 general election.